Van Gaal`s side slipped to sixth in the table, three points below the Champions League places. 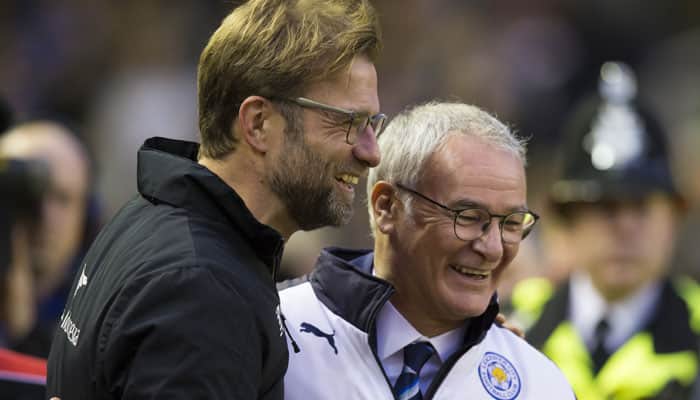 London: Manchester United manager Louis van Gaal`s future was plunged into serious doubt on Saturday as his side lost at Stoke City, while title-chasing Arsenal crashed to a demoralising 4-0 defeat at Southampton.

United have now gone seven games without victory in all competitions -- their worst run since 1989-90 -- and speculation is rife that Van Gaal will pay for their slump with his job.

He had described the match as "must-win", but his side were deservedly beaten 2-0 at a windswept Britannia Stadium after Bojan Krkic punished a Memphis Depay error to open the scoring in the 19th minute before Marko Arnautovic slammed home a brilliant second goal seven minutes later.

Asked if he felt he still had the support of the United board, Van Gaal said: "You will have to wait and see, but I think so. I feel the support of everybody in the club." He added: "It`s more difficult because I`m also part of the four matches (in succession) that we have lost."

Van Gaal`s side slipped to sixth in the table, three points below the Champions League places, with Stoke, managed by former United striker Mark Hughes, now three points behind them in 11th place.
After a highly eventful Boxing Day programme, Leicester City remained top despite a 1-0 loss at Liverpool after Arsenal failed to exploit their slip-up by capitulating at Southampton.

Cuco Martina broke the deadlock for Southampton in the 19th minute with a jaw-dropping 30-yard shot that swerved inside the left-hand post. Shane Long struck twice in the second half, either side of a 69th-minute Jose Fonte header, as Ronald Koeman`s side ended a five-game winless streak in fine style."We lost too many challenges today. They were sharper than us," Arsenal manager Arsene Wenger told BT Sport.

"The title is down to consistency to fight in every single game and produce a performance. Today was a very physical game and we didn`t play well enough." The result, Arsenal`s fourth defeat of the campaign, brought Wenger`s side spiralling to earth after their 2-1 win over Manchester City last Monday and kept Leicester two points clear at the summit.

"We started to play too late," said Leicester manager Claudio Ranieri, whose side host third-place Manchester City on Tuesday.

"Liverpool pushed from the beginning and for this reason they deserved to win." Manchester City reignited their title challenge by bouncing back from defeat at Arsenal with a breezy 4-1 win over second-bottom Sunderland that left them three points below Leicester.

Raheem Sterling, Yaya Toure and Wilfried Bony scored inside the first 22 minutes to put City in control, with Kevin De Bruyne adding a fourth before Fabio Borini replied for Sam Allardyce`s side.

But it was not all positive news for City manager Manuel Pellegrini, with Bony skying a late penalty and, more worryingly, skipper Vincent Kompany limping off just eight minutes after coming on following eight games out with a calf injury.

"The only pity was Vincent Kompany`s injury," Pellegrini said. "It is a calf. It is difficult to understand."Tottenham Hotspur tightened their grip on fourth place by overcoming Norwich City 3-0 at White Hart Lane, where Harry Kane scored twice -- the first a penalty -- and Tom Carroll also found the target.

Diego Costa netted twice as Guus Hiddink began his second spell as Chelsea interim manager with a 2-2 draw at home to Watford, Oscar missing a late penalty that would have given the champions all three points.

Troy Deeney, with a penalty, and Odion Ighalo put Watford 2-1 ahead after Costa had given Chelsea a 32nd-minute lead, but the Spain striker equalised in the 65th minute from Willian`s pass.
Oscar had a chance to give Chelsea victory when substitute Eden Hazard was fouled by Valon Behrami, but the Brazilian slipped as he took his penalty and sent the ball looping into the crowd. Chelsea remain 15th.

"At the end it is a fair result," said Hiddink, who will be without Costa through suspension for Monday`s trip to United. "But we had some chances and it was a pity Oscar slipped for the penalty."
Elsewhere, Crystal Palace rose one place to fifth after drawing 0-0 at Bournemouth. Managerless Swansea City escaped the relegation zone as Ki Sung-Yueng`s ninth-minute tap-in saw off West Bromwich Albion, while bottom club Aston Villa drew 1-1 at home to West Ham United.