Jai Bhagwan has been suspended by Haryana Police after an internal inquiry found him to have taken a bribe of Rs one lakh from a trader in Adampur, Hisar. 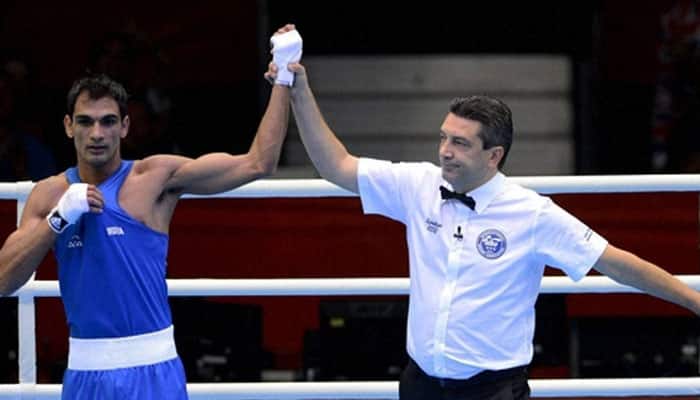 New Delhi: In a shocking development, Delhi Commonwealth Games bronze medal winner and two-time Asian Championships medallist Jai Bhagwan has been suspended by Haryana Police after an internal inquiry found him to have taken a bribe of Rs one lakh from a trader in Adampur, Hisar.

According to a report in The Indian Express, Bhagwan, an Arjuna Awardee, was suspended along with Constable Anil.

The inquiry was carried out by Bhagwan Das, DSP, Headquarters, and the two were suspended by Satender Kumar Gupta, Superintendent of Police, Hisar.

“There were allegations against Adampur SHO Jai Bhagwan and constable Anil of taking a bribe of Rs one lakh from a trader in Adampur after they apprehended some persons gambling at a premises in Adampur. We initiated a departmental inquiry which was carried out by Bhagwan Dass, DSP, Headquarters and it was found that the allegations were true. Hence we have suspended both Jai Bhagwan and constable Anil with immediate effect. It’s unfortunate that they were taking bribe and such actions will be dealt with strongly,” Gupta told The Indian Express on Tuesday.

The incident was brought to light when earlier last month, Mukesh Goyal, a trader in Adampur, filed a complaint at the SP office in Hisar alleging that SHO Bhagwan and Constable Anil visited his shop on August 31 and took his younger brother Ravi and four others in custody under the Gambling Act.

Goyal also alleged that Bhagwan later demanded a bribe of Rs one lakh from him to release the accused.