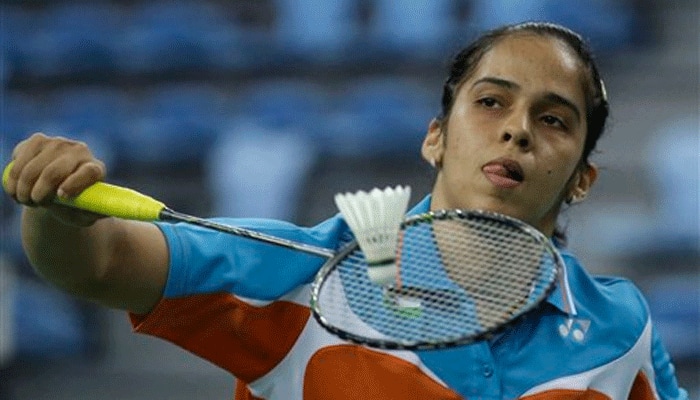 Beginning India's campaign Thursday was two-time World Championship bronze medallist Sindhu who needed only 31 minutes to edge past Russia's Ksenia Polikarpova 21-17, 21-19 in their first ever match.

The World No.10 has a solid chance of reaching the last four as she will take on South Korean fourth seed Ji Hyun Sung next up against whom the Indian has a 3-0 lead in career meetings.

Later at the Odense Sports Park, Saina easily moved past old rival Minatsu Mitani of Japan 21-12, 21-10 in 38 minutes to take a 5-2 advantage in career meetings.

However, the Olympic bronze medallist faces a tough task next up against Chinese second seed Shixian Wang for a place in the semis. The Hyderabadi can take heart from the fact that she has a 5-3 lead in head-to-head over the Chinese, whom she beat the last time they played at the Australian Open in June.

Though Srikanth has a 2-1 lead in career meets, the Korean came out on top the last time the duo met at the Thomas Cup in New Delhi.

Recently crowned Commonwealth Games champion Kashyap, however, had a tough outing against Indonesian Dionysius Hayom Rumbaka. The Hyderabadi needed an hour and nine minutes to move past Rumbaka with a scoreline of 21-17, 17-21, 22-20 to level their head-to-head to 2-2.