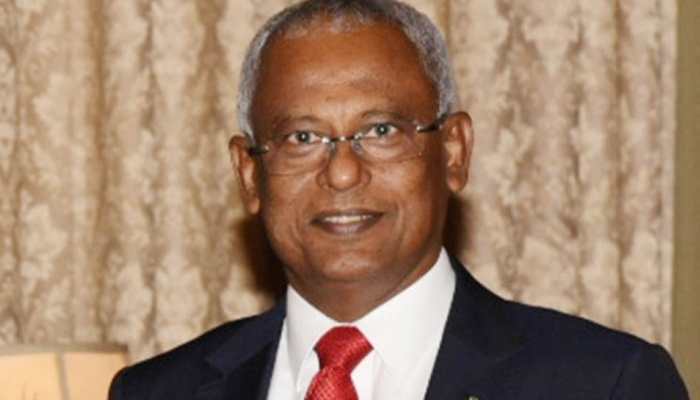 The ruling Maldivian Democratic Party (MDP) on Sunday celebrated a historic victory as preliminary results showed its candidates securing a landslide victory in the parliamentary polls deemed crucial for the island nation. 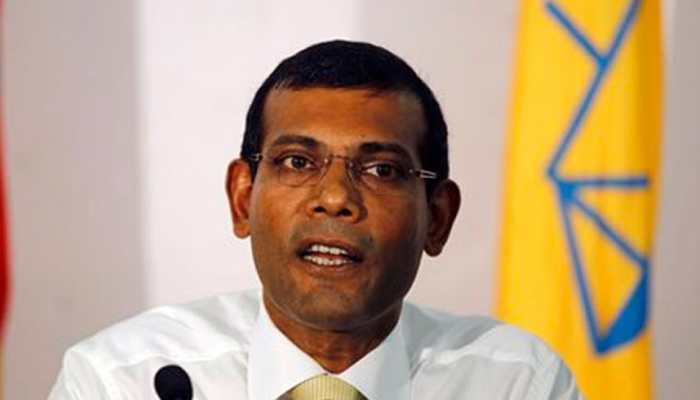 Nasheed had announced that he will return to Maldives on November 1 after the opposition, led by his Maldivian Democratic Party (MDP), had registered a surprise victory in elections held in September. 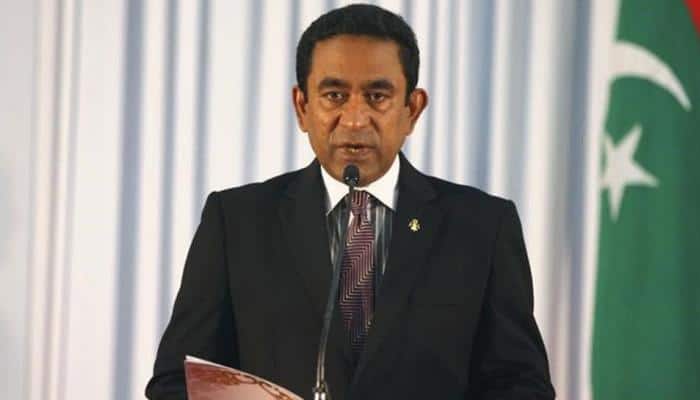 Amidst the state of emergency in the Maldives, the police here issued a curfew in an attempt to stop an opponent's gathering, said a Maldivian Democratic Party member.

Maldives opposition in new bid to take control of parliament

Maldives opposition parties said on Monday they would launch a fresh bid to seize control of parliament by impeaching the speaker, weeks after their first attempt failed when the president called in troops to evict lawmakers. 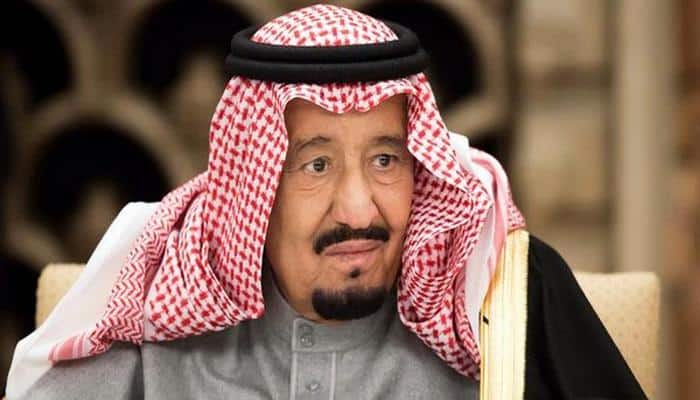 'Terror threat' behind cancellation of Saudi King's visit to Maldives

The Maldives government announced that the official visit of Saudi Arabia's King Salman bin Abdulaziz Al Saud to Male from March 18 had been postponed because of the spread of swine flu in the archipelago nation, however, highly placed sources say the reality is the Saudi King faced terror threats following which the visit was called off.

A court in the Maldives on Tuesday sentenced the leader of the country's main Islamist party to 12 years in jail after convicting him on a terrorism charge.

Maldives opposition set to regroup for 2nd night of protests

The Maldives' opposition on Saturday vowed to regroup for a second night of demonstrations hours after police broke up a planned 72-hour protest demanding the release of the country's ex-president and other political leaders.

The main opposition in the Maldives Saturday demanded the immediate release of their leader and former president Mohamed Nasheed, a day after the government announced the unusual step of appealing his controversial conviction.

The Maldivian government has started a dialogue with the Jumhooree Party while the main opposition Maldivian Democratic Party which had set pre-conditions for talks was not part of the negotiations to resolve the impasse over the imprisonment of ex-president Mohammed Nasheed.

Police in the Maldives said Saturday they had made nearly 200 arrests during clashes at a protest over the jailing of former president Mohamed Nasheed, after the UN`s top rights body denounced his trial as unfair.

The Maldives High Court on Sunday dismissed former president Mohamed Nasheed`s appeal against his February 22 arrest order even as the opposition Maldivian Democratic Party (MDP) declared it will launch a nationwide civil disobedience campaign to secure his freedom. 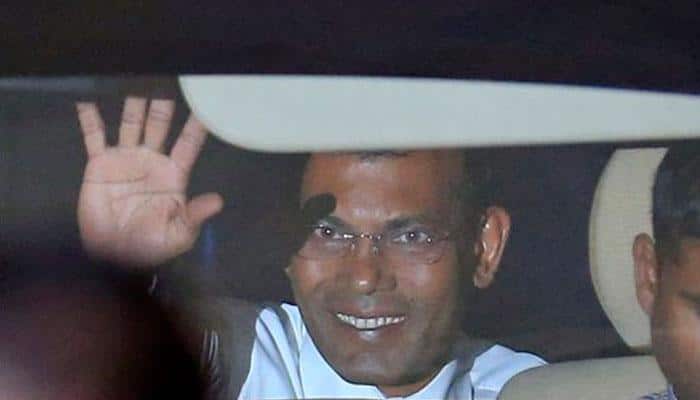 Former Maldives president and opposition leader Mohamed Nasheed has been sentenced to 13 years in prison after being convicted of a terrorism charge, a ruling likely to fuel further unrest in the honeymoon islands.

Lawyers for former Maldives president Mohamed Nasheed have quit in protest against what they call a biased trial aimed at destroying his political career, the party said Tuesday.

An opposition lawmaker in the Maldives said her party will press on with street protests until the government frees a former president and current opposition leader.

An opposition lawmaker in the Maldives on Saturday said her party has resolved to continue protests in the streets and in parliament until the government frees a former president and current opposition leader from police detention. 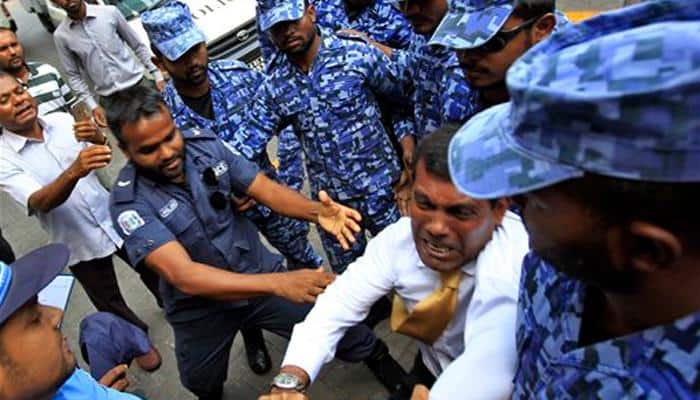 Even as scores of his supporters protested against his sudden arrest, Maldives ex-President Mohamed Nasheed was at the receiving end of police manhandling ahead of his hearing as he was dealt with harshly and dragged into the courtroom.

Maldives court to decide whether to bail ex-president

A court in the Maldives will decide Monday whether to grant bail to former president and opposition leader Mohamed Nasheed, a day after his surprise arrest on terrorism charges. 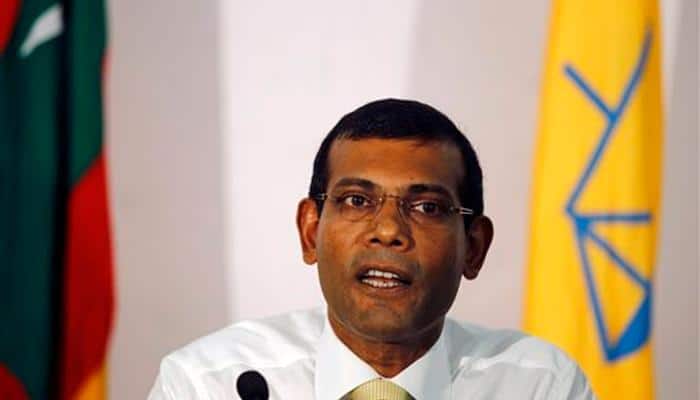 Maldives witnesses protests, clashes after the arrest of Mohamed Nasheed

In what may send the country of Maldives in yet another phase of political uncertainty, supporters of former president Mohamed Nasheed clashed with the police after he was arrested on terrorism charges on Sunday.

The main opposition party in the Maldives Tuesday accused authorities of undermining the latest parliamentary elections, but conceded defeat after a bitterly-fought campaign.

Remember actress Rimi Sen? She looks unrecognisable in her latest pics on Instagram – Check out!