DMK to hold protest against 'Hindi imposition' on September 20

The DMK, at a high level meeting held in Chennai on Monday, decided to hold demonstration at district headquarters across the state on Sep 20 at 10 am. 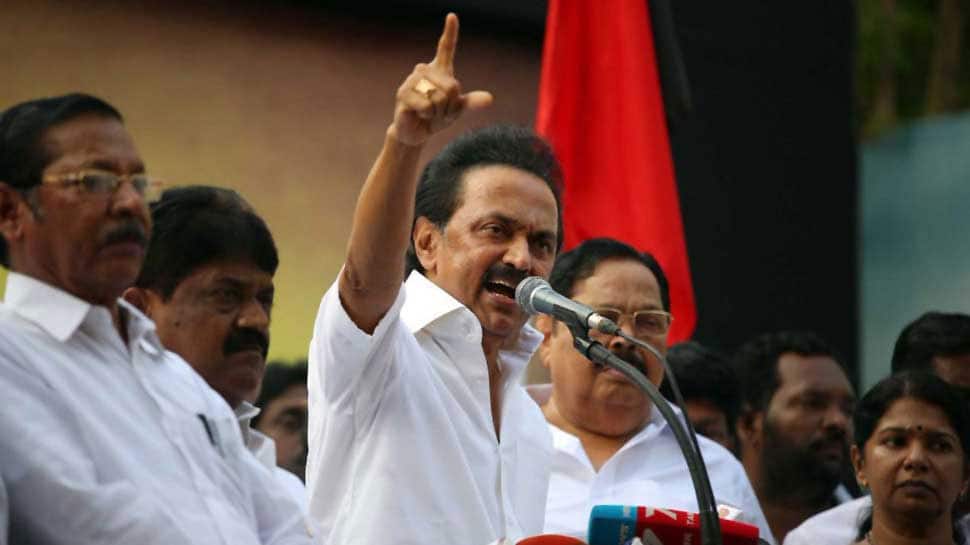 The DMK, at a high level meeting held here, decided to hold demonstration at district headquarters across the state on Sep 20 at 10 a.m.

The party also urged the Central government to focus on taking contructive steps for economic growth and dropping its Hindi imposition moves.

Political parties in Tamil Nadu have opposed Shah`s comments in connection with celebration of Hindi Diwas on Saturday.

"India is a country of different languages, and every language has its own importance. But it`s important to have a language of the whole country, which should become the identity of India in the world. Today, if one language can do the work of unifying the country, then it`s Hindi, the most spoken language," Shah said in a series of tweets on the occasion of Hindi Diwas.