The two megastars were seen wishing and hugging each other. 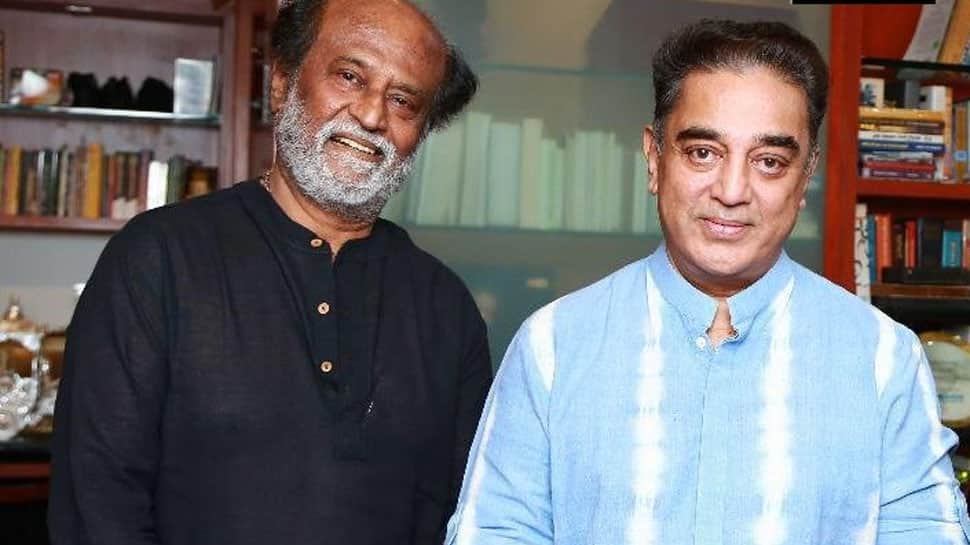 The two megastars were seen wishing and hugging each other at Haasan's residence, fueling speculations in political circles.

According to reports, Rajinikanth's invited Haasan for his daughter Soundarya's wedding, which is scheduled for February 11.

Putting an end to all speculations in December 2018, Haasan confirmed that his party will contest in the upcoming Lok Sabha elections 2019 on all 40 seats in Tamil Nadu and Puducherry.

He is, however, yet to decide from where he will contest in the upcoming Lok Sabha polls.

"Our aim is to not go with any tainted group. We are preparing to contest on all 40 seats (in Tamil Nadu and Puducherry). I cannot say at this moment from where I will contest," Kamal Haasan told ANI on Thursday.

Tamil superstar Rajinikanth had announced his political debut on December 31, 2017. He declared that he would launch his own party and contest in upcoming elections. "I will start my own party. I will contest in all 234 seats," he said.