Google celebrates its 21st birthday with special doodle - Check out!

Google, the most visited website in the world, was founded by two Ph.D. students Sergey Brin and Larry Page in 1998 at Stanford University in California. 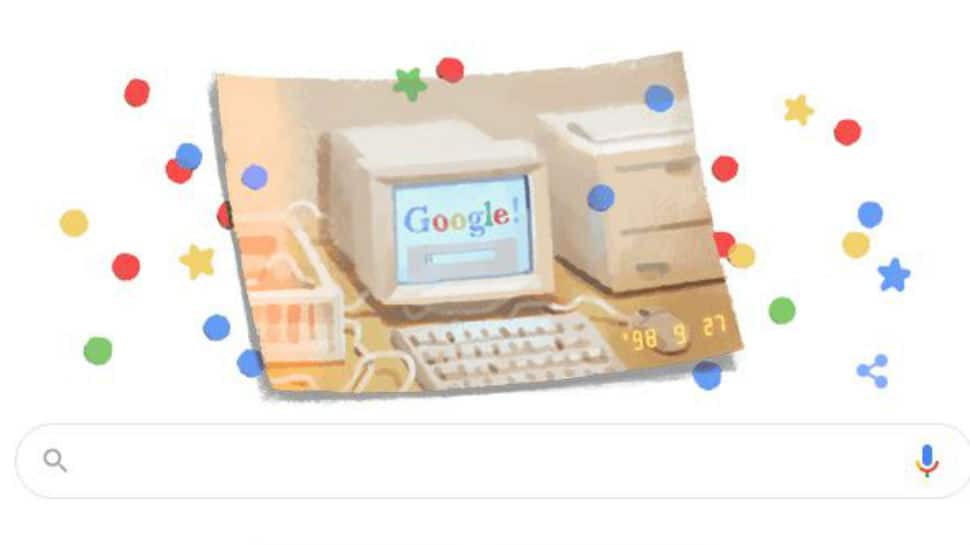 New Delhi: Google, the search engine giant, turns 21 on September 27 (Friday). Hence, to mark Google's birthday, doodle celebrates its birthday with a special tribute - a throwback photo of a box computer with a Google browser on it. The doodle also carries the date 27.9.98.

Google, the most visited website in the world, was founded by two Ph.D. students Sergey Brin and Larry Page in 1998 at Stanford University in California.

The name Google originated from a misspelling of 'googol' which refers to the number represented by a 1 followed by one-hundred zeros. "We chose our systems name, Google, because it is a common spelling of googol, or 10100 and fits well with our goal of building very large-scale search engines," Brin and Page had earlier said.

Google's headquarters is located in Mountain View, California. Google has over 78 offices in more than 50 countries.

Sundar Pichai is currently the CEO of Google. He replaced the co-founder Larry Page in 2015. Page is the CEO of Alphabet, Google's parent company.