Gauri was asked to leave the house while Hiten was still frozen hence, the latter couldn't talk to his wife. 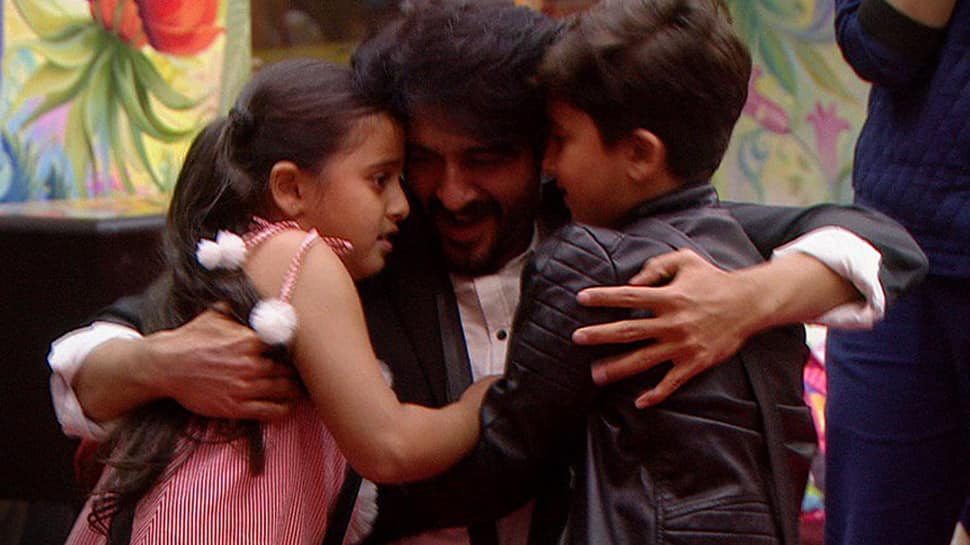 New Delhi: Bigg Boss weekend ka vaar episode resumed Gauri Khan's visit to the house. Yesterday we saw how Gauri entered the house and today, the episode began with her talking to Hiten while the latter maintained his ' frozen'  position.

Gauri was asked to leave the house while Hiten was still frozen hence, the latter couldn't talk to his wife.

Our favourite host Salman Khan said that there was a surprise in store for Hiten after which he talked to the inmates about their family/friends.

Salman asked Arshi about her change in attitude after she became the captain. Arshi denied that this had happenned after which Salman talked to her about her behavious towards Shilpa.

He further added that Shilpa never looked at her father in a wrong manner and that she was simply signaling him that she isn't Hina when Arshi's father couldn't recognise her.

Arshi, instead of admitting her fault, kept arguing to the point that Salman told her that she was appearing to be 'Foolish'.
He also asked and chided her upon her behaviour with Shilpa's mother when she came inside the house.

We were also shown what happened when Karan Patel entered the house while contestants were on freeze. He congratulated Vikas and called Shilpa Shinde her favourite.

He also asked Hina that why does she forget statements of her own. He told her that she looks beautiful but must also play the game beautifully.

After that, Rohan entered and talked to the inmates. He advised Hina to not take anyone's name from outside the house.

Then, Karishma Tanna came to talk to the contestants.

Karan, Rohan and Karishma then joined Salman on stage and interacted with the inmates.

The episode ended with Hiten's children followed by his wife, Gauri, entering the Bigg Boss house again which moved the latter to tears. It was indeed heart-warming to watch Hiten indulged in a heart-to-heart discussion with his wife and kids.