Bigg Boss OTT has finally entered in final week and with grand finale just a few days away, going back home is one of the biggest disappointments for all remaining contestants. The latest one who faced the elimination is Muskan Jattana, who is popularly known as Moose by her fans and loved ones. 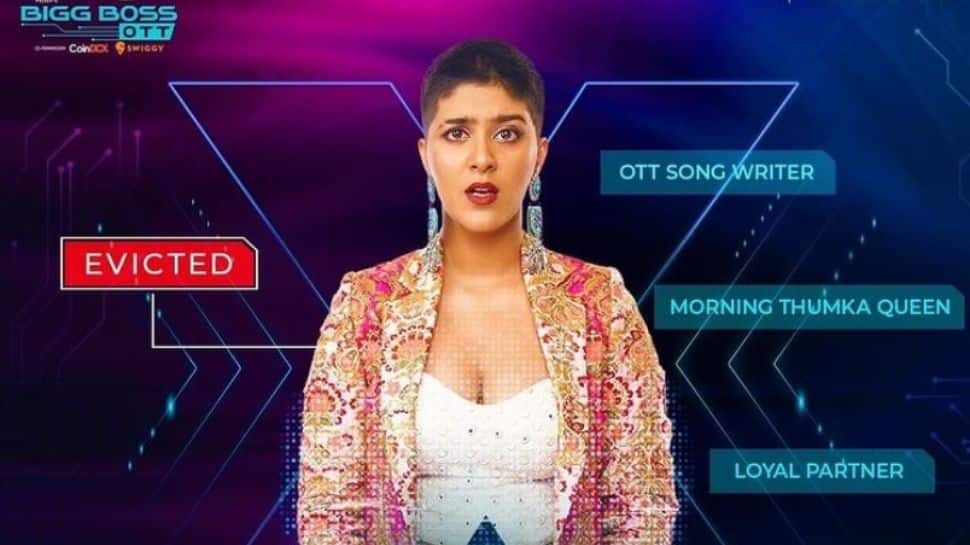 New Delhi: Bigg Boss OTT has finally entered in final week and with grand finale just a few days away, going back home is one of the biggest disappointments for all remaining contestants. The latest one who faced the elimination is Muskan Jattana, who is popularly known as Moose by her fans and loved ones.

While talking exclusively to Zee News Digital, the social activist talked about her experience of being on the show, her rapport with BFFs Nishant Bhat and Pratik Sehajpal.

Getting eliminated from the show at this crucial point is a big shocker for everyone. What do you want to say about it?

My journey was good. Actually, I was scared initially when I entered the house, but I feeling great when now when I am seeing the support which I was getting throughout my journey. I was nothing but people accepted me as I am and so I am feeling great. I didn’t like the way I got eliminated. I mean the procedure that the housemates got the power to evict a contestant from the show.

Do you think, the housemates accepted you the way you were?

Whatever I expected from the contestants actually happened to me. I thought they’ll try to dominate me a little bit, they’ll put you down, will bring age factor in between every conversation that actually happened, but I’m glad in the first week they did all those things and finally, my journey became better.

According to you who is the most undeserving contestant on the show and why?

I feel Neha Bhasin only. I don’t think she was a good player as she wasn’t focused. She wasn’t able to learn things from anybody. She was very self-absorbed, she always wanted people to take her stand and so I feel her agenda towards everything was a bit off-topic in terms of Bigg Boss OTT.

You also had several fights with Divya Agarwal, what do you want to say about that?

I think Divya was completely the opposite of Neha.  Maybe she is not doing everything right in my vision but atleast she was confident in her doings. She has done reality shows before and she takes things into consideration and puts in a lot of effort. But I liked her confidence in herself. The only thing I didn’t like about her was that she played games with me in terms of Nishat and that wasn’t needed.

Whom do you feel more connected to? Pratik or Nishant?

So the thing is when the show is shown on LIVE that it was clear that for me it’s Nishant but in the episode, they show as confused between the two. I made it clear, with Pratik I had a crush on him initially as he was cute, and after I made a strong friendship with him which is still there but in terms of Nishant it was the other way around. We became good friends first and then things escalated and I ended up being with him.

Who do you miss the most and why?

I am missing Nishant the most. I can’t sleep at night. I am seeing him continuously on the LIVE channel and if he has mentioned that Moose might be watching the show. Things are more difficult for him as he had my company most of the time.