The Naagin actress Nia Sharma had taken to Instagram to share the adorable video with her fans. 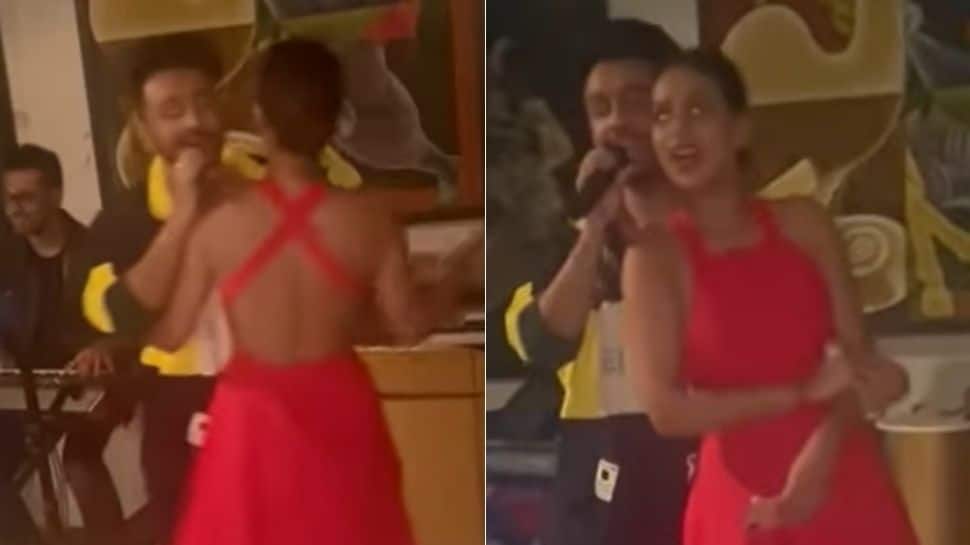 In the video, singer Tony Kakkar can be seen singing the song for a live audience with Nia by his side. Overwhelmed with excitement, Nia takes his hand and begins slow dancing with him on the song. The actress is seen wearing a stunning backless dress with beige boots and looks uber cool in her outfit.

Tony is seen twirling her around and then swaying with her around his arms. The two looked super cute together.

Earlier, Nia Sharma had shared pictures of Ganesh Chaturthi celebrations at her home. She seemed super elated to welcome Lord Ganesha to her home.

Before that, Nia had entered the Bigg Boss OTT house as a guest and captured the attention of all the housemates especially Pratik Sehajpal. She was the Boss Lady of the house for a day. In addition to this, Bigg Boss had directed all housemates to heed to any demands made by Nia in the house

Recently, she has also featured in a new music video titled 'Do Ghoont' which is a remix version of the classic 1973 song Do Ghoont Mujhe Bhi Pila De Sharabi starring the iconic Mumtaz.