The Kapil Sharma Show is one of the most-loved shows of the TV industry. This week’s guests will be the cast of Bhoot Police including Yami Gautam, Jacqueline Fernandez and Saif Ali Khan. 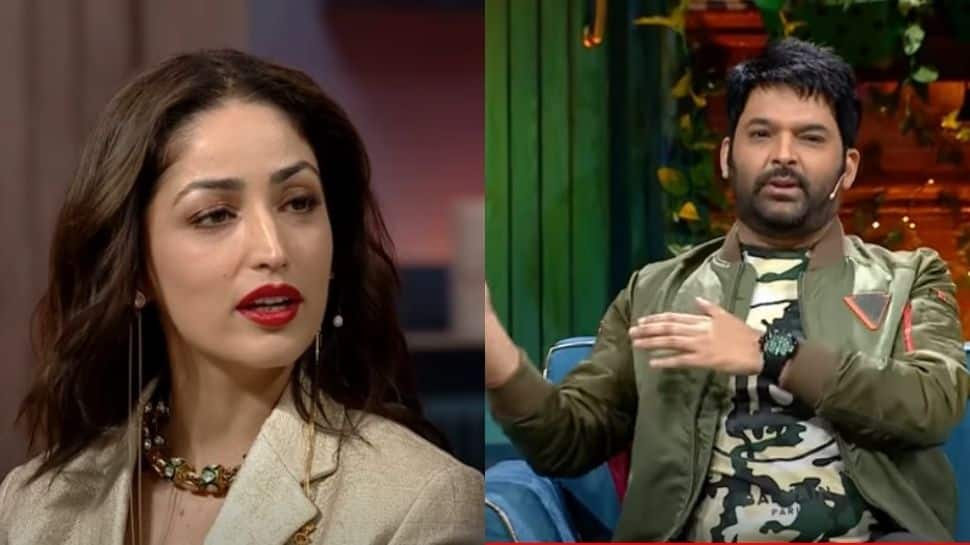 New Delhi: The Kapil Sharma Show is one of the most-loved shows of the TV industry. This week’s guests will be the cast of Bhoot Police including Yami Gautam, Jacqueline Fernandez and Saif Ali Khan.

In the latest promo released by official page of Sony Entertainment Television on their Instagram page, the host of the show, Kapil Sharma can be seen congratulating the beautiful Yami as she recently got married to Uri director Aditya Dhar.

He also quizzed her about an interview which was doing rounds on internet which says that the duo wanted to take their family along with them on their honeymoon.

Yami then responded that both are too busy to go to the honeymoon. She further stated that they would both love to take their families along with them.

Not giving much details about her marriage, Yami accepted that only 20 guests were allowed during her marriage as even her grandmother did not attend the wedding, to follow COVID-19 protocols, although she was only 40 kms away from the venue.

Kapil also asked Saif about his experience related to lockdown. To which Saif responded that in first lockdown he learnt French (language) and cooking and in second lockdown he planned a baby (Jeh Ali Khan) with wife Kareena Kapoor Khan.

Later, another comedian Krushna Abhishek, who plays Sapna in the show, asked Yami how Aditya proposed her for marriage. Replying to it, she said, “Unhone propose hi nahi kiya. Aise hi shaadi hogayi."

The trio had a great time at the show and were seen making cute revelations about their personal lives.

For the unversed, 'Bhoot Police' is a horror-comedy film in which Yami and Jacqueline play sisters plagued by an ancient ghost while Saif Ali Khan and Arjun Kapoor become their `shamans` in shining armour.