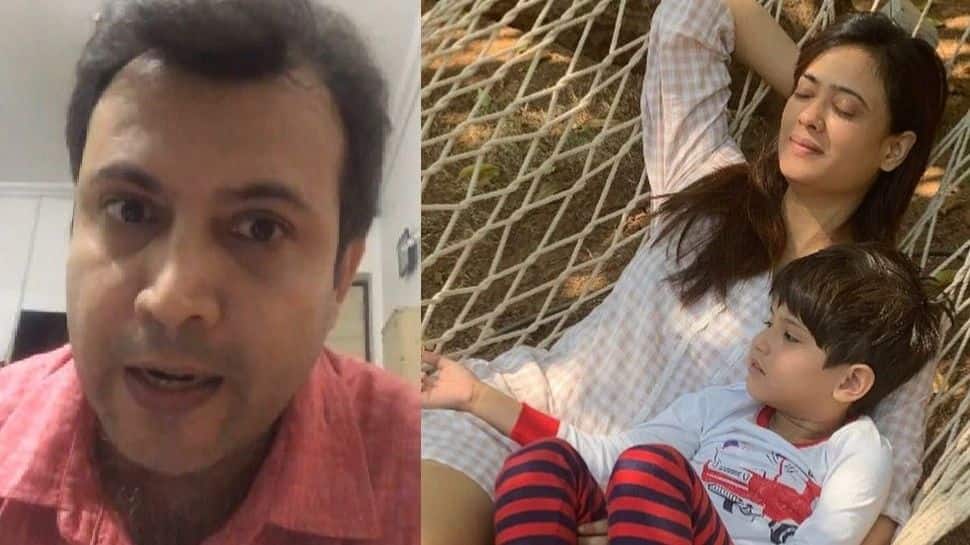 New Delhi: The tussle between actress Shweta Tiwari and her estranged husband Abhinav Kohli is getting messier and doesn't seem to be ending anytime soon.

In fact, now, the matter has been acknowledged by the National Commission for Women (NCW) and Abhinav Kohli could face legal consequences for allegedly physically assaulting the 'Kasautii Zindagii Kay' actress and their child as seen in a video uploaded by her.

The now-deleted CCTV footage video from her residential society, in which Abhinav allegedly can be seen getting physical with Shweta had gone viral and it appears the NCW has recently taken 'cognizance of the matter'.

On Wednesday (May 13), the NCW Chairperson Rekha Sharma took to Twitter to acknowledge the explosive video uploaded by TV actress Shweta Tiwari where she was seen being subjected to physical force by her ex-husband Abhinav Kohli.

The organization expressed that they are disturbed by the incident and have written to the Director-General of Police of Maharashtra.

NCW wrote, "@NCWIndia is perturbed by this reported incident and has taken cognizance of the matter. Chairperson @sharmarekha has written to DGP Maharashtra asking to immediately into the matter and take appropriate action in accordance with the law."

@NCWIndia is perturbed by this reported incident and has taken cognizance of the matter. Chairperson @sharmarekha has written to DGP Maharashtra asking to immediately into the matter and take appropriate action in accordance with the law.

Actor Abhinav Kohli took to Instagram on the same day (May 13) to respond to NCW's tweet. He wrote, "Respected Chairperson, I have not done anything wrong. I beg you to please request DGP Maharashtra to investigate into the location of my son and hand him over to me."

On the work front, Shweta is currently in Cape Town shooting for Khatron Ke Khiladi 11. The actress’s decision to go ahead with her work commitments was criticized by Abhinav, who accused her of abandoning son Reyansh.

Abhinav alleged that the actress has left behind their young son Reyansh in a hotel room and despite him not agreeing to her participation in the show has gone ahead.

Shweta and Abhinav tied the knot in 2013. The divorced couple has a son named Reyansh Kohli.

Before Abhinav, Shweta was married to actor Raja Chaudhary. They got divorced in 2007 after nine years of marriage. Shweta has a daughter Palak Tiwari with him.