The American great, who lost the top ranking to Angelique Kerber last year, has hardly played since the US Open. 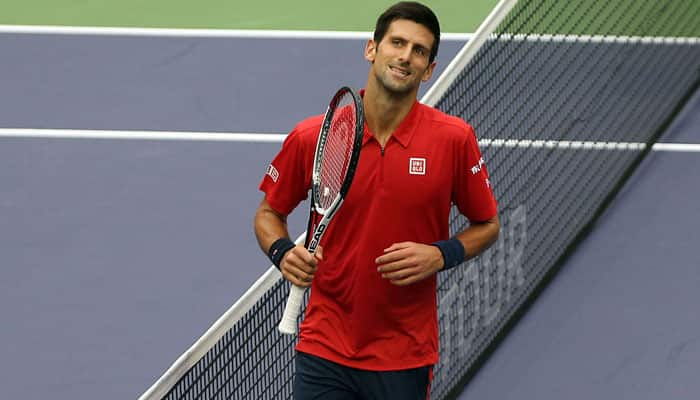 Victoria: Second seeds Novak Djokovic and Serena Williams look to have easy rides into the Australian Open third round Thursday, but it could be a trickier assignment for Rafael Nadal.

Six-time champion Djokovic is looking to reach round three at Melbourne Park for the 11th straight year with wildcard Denis Istomin, ranked 117, standing in his way.

It should be plain sailing for the Serb who has beaten the Uzbek in all five previous encounters, and has only lost once to anyone outside the top 100 in the last seven years -- Juan Martin del Porto at the Rio Olympics.

Williams, off to a solid start in her quest for an Open-era record 23rd Grand Slam trophy, faces Lucie Safarova, who saved nine match points before beating Yanina Wickmayer in round one, on Rod Laver Arena.

The American great, who lost the top ranking to Angelique Kerber last year, has hardly played since the US Open but is happy with how she is progressing as the new season unfolds.

"I think it was pretty good," the 35-year-old great, chasing a seventh Australian crown, said modestly of her impressive form in swatting aside her dangerous first round opponent Belinda Bencic.

Victory over Safarova -- who has lost all nine of their previous meetings -- would keep her on track for a potential quarter-final encounter with either in-form Briton Johanna Konta or sixth seed Dominika Cibulkova.

Following Williams onto centre court in the evening session will be 14-time Grand Slam winner Nadal, who is looking to write another chapter in his storied career.

On the comeback trail from an injury-riddled 2016, he takes on unpredictable Cypriot Marcos Baghdatis, a crowd favourite who lost to Roger Federer in the 2006 Australian Open final.

"I feel that if I am playing well and I am healthy, I think I can be much better," Nadal said after his solid first round outing.

On an outside court, big-serving Ivo Karlovic will be backing up from his epic record-breaking first round match that went for more than five hours.

At 84 games, it was the longest at the Australian Open since the tiebreak era began in 1971, with the 37-year-old Croat testing his stamina again against Australian Andrew Whittington.