The two-time Wimbledon champion will meet American sensation Danielle Collins on Thursday for a place in the final. 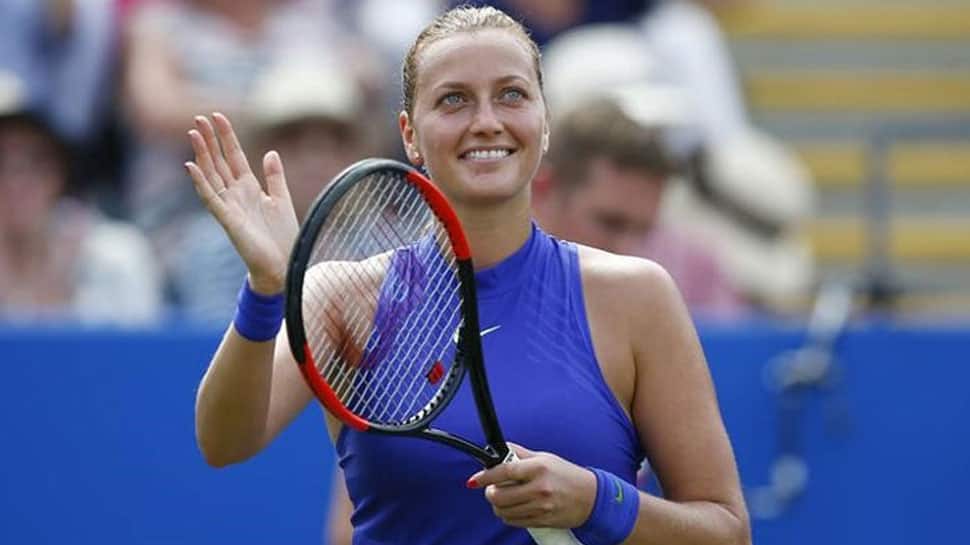 A ruthless Petra Kvitova trampled on the hopes of the host nation at the Australian Open on Sunday by thrashing Ashleigh Barty 6-1, 6-4 to reach her first Grand Slam semi-finals in five years.

The two-time Wimbledon champion will meet American sensation Danielle Collins on Thursday for a place in the final, less than two years after bravely returning to the tour after a traumatic attack by a knife-wielding home intruder.

The weight of her achievement proved overwhelming for the tall 28-year-old, who cried during her on-court interview at Rod Laver Arena.

"Really, I didn't really imagine to be back at this great stadium with the best. And it's great," a teary-eyed Kvitova said.

"I always wanted to come back and play on the highest level I can, compete with the best, play the Grand Slams, actually be very deep in the Grand Slam, which is happening. Yeah, it just took me a bit to the tears, but it was happy tears, for sure," she told reporters.

The left-hander has not been to the last four of a Grand Slam since the second of her Wimbledon titles in 2014.

She doubted she would ever make it back after forced out of the game for a period in 2017 to recover from hand surgery in the wake of the attack.

Her win over Barty, the last Australian at the tournament, had the added effect of dislodging Simona Halep from the world number one ranking.

Depending on the progress of fourth seed Naomi Osaka and Elina Svitolina, who meet in the quarter-finals on Wednesday, Kvitova could be crowned the new world number one when the rankings update after the tournament.

"Actually that's the first time what I'm hearing this. I don't really care, to be honest. I'm in the tournament, in a Slam. I don't think there's any room here to think about it," she said, pointing to her head.

Kvitova is now riding a 10-match winning streak, having won the Sydney International warmup where she edged Barty in the final.

She has not lost a set at Melbourne Park and is playing the sort of tennis that could bring her a third Grand Slam title.

Home fans had barely settled in their seats at centre court before the first set was over in a dizzying 27 minutes.

Fifteenth seed Barty described it as a "Petra start", the eighth seeded Czech having pounded 12 winners in a furious assault to give the Australian no time to settle.

Kvitova faced stiffer resistance in the second set but broke the former professional cricketer in the ninth game before sealing her second Melbourne semi-final when Barty netted a return on match point.

Kvitova said that it was a different feeling to her first trip to the semi-finals in 2012, when she was at the peak of her career.

"It is, for sure. I'm calling it my second career. I'm really enjoying it," she signed off.