Nadal tallied a singles win and partnered with Marcel Granollers to a doubles victory in the country`s 2-1 triumph against Argentina. 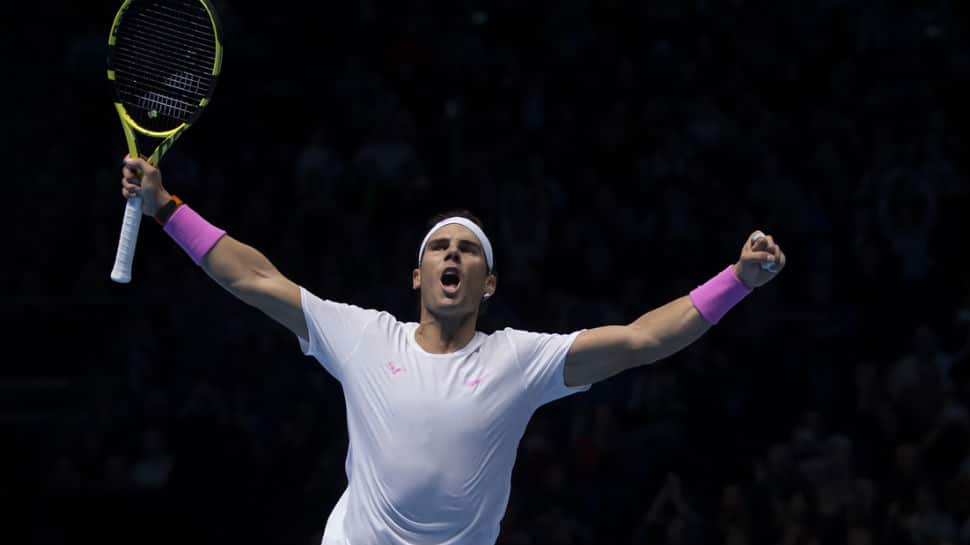 Madrid: World No 1 Rafael Nadal led Spain to the semi-finals while Novak Djokovic-led Serbia crashed out of the ongoing Davis Cup Finals.

Nadal tallied a singles win and partnered with Marcel Granollers to a doubles victory in the country`s 2-1 triumph against Argentina.

Guido Pella began on Friday evening by rallying past Pablo Carreno Busta 6-7(3), 7-6(4), 6-1. But Nadal responded with a resounding 6-1, 6-2 victory against Argentine No 1 Diego Schwartzman.

Nadal then partnered with Granollers to defeat Maximo Gonzalez and Leonardo Mayer 6-4, 4-6, 6-3, sending Spain to the last four.

Spain, which last won the Davis Cup in 2011, will face Great Britain for a spot in the final. Former World No. 1 Andy Murray did not compete on Friday, but Great Britain defeated Germany 2-0.

Earlier, Serbia were eliminated by Russian after suffering a 1-2 defeat in dramatic fashion.

Russia made it to its first Davis Cup semi-final since 2008 when Karen Khachanov and Andrey Rublev defeated Djokovic and Viktor Troicki 6-4, 4-6, 7-6(8), saving three match points in the deciding-set tie-break.

Earlier, Rublev was on fire as he dismissed Filip Krajinovic 6-1, 6-2, before Djokovic levelled the tie at 1-1 with a 6-3, 6-3 triumph against Khachanov to set the stage for the doubles rubber.

Russia will next face Canada, which advanced on Thursday, for a spot in the championship.