The unseeded Serbian beat Canadian teenager Felix Auger-Aliassime 6-3,7-5 in the final to cap the best week of his career. 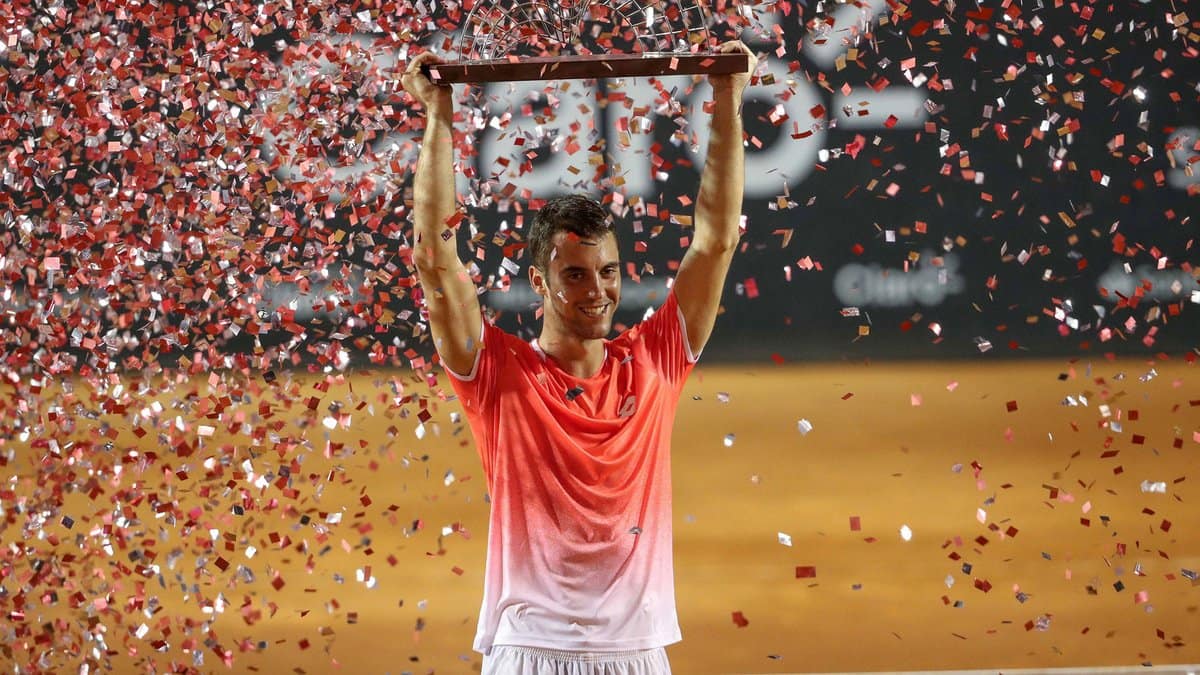 Laslo Djere won his first ATP title at the Rio Open on Monday and then captured the hearts of the Brazilian crowd with a victory speech dedicated to his parents, both of whom died from cancer.

The unseeded Serbian beat Canadian teenager Felix Auger-Aliassime 6-3,7-5 in the final to cap the best week of his career before choking back the tears as he dedicated the trophy to his parents.

"I lost my mom seven years ago so I want to dedicate this one to her," he said to wild applause from the crowd.

"And also to my dad, I lost him two months ago. My parents had the biggest impact on me and, because of them, I am who I am today. I hope they are watching me now."

The 23-year-old, ranked number 90 in the world coming into this tournament, broke twice in the decisive second set to beat Auger-Aliassime, who was the youngest man to reach an ATP 500 final.

The plucky 18-year-old Canadian saved four match points before succumbing to the unseeded right-hander, who had not won a match on clay all season and had never beaten a top 10 rival until he arrived in Rio.

He hammered world number eight Dominic Thiem in the first round, however, and did not lose a set on his way to clinching the title in impressive style.

Djere broke Auger-Aliassime six times in the two-hour final and was commanding with both his powerful forehands and two-handed backhands.

"It’s been the week of my dreams," Djere added. "So many things have been achieved here. I’m really happy, excited and emotional now."

Auger-Aliassime became just the fourth teenager to reach the final of an ATP 500 event -- the 13 tournaments which rank just below the Masters series -- since the level was created in 2009.