The Road to Wimbledon, The All England Lawn Tennis Club’ prestigious junior tournament for players aged 14 and under, has concluded its 2019 journey in India this weekend. 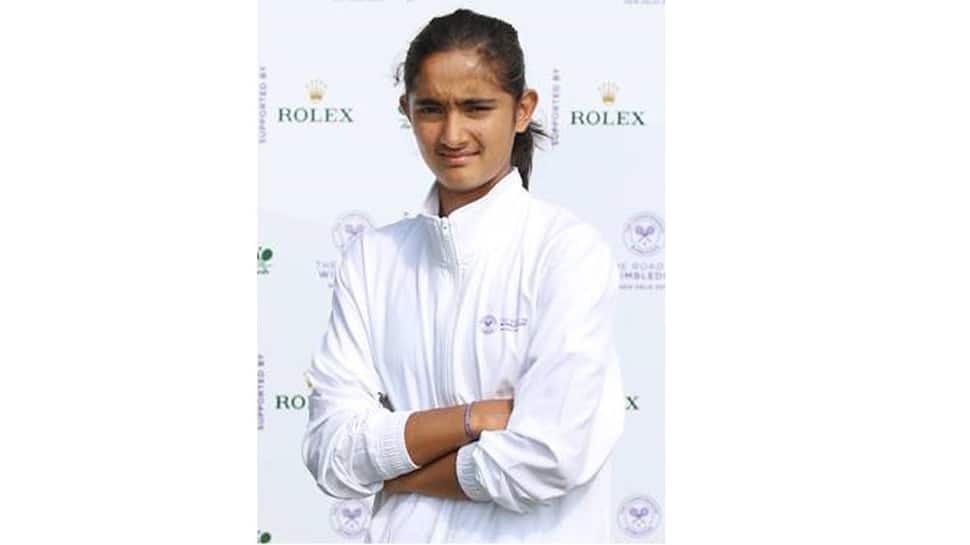 New Delhi: The Road to Wimbledon, The All England Lawn Tennis Club’ prestigious junior tournament for players aged 14 and under, has concluded its 2019 journey in India this weekend.

Anjali Rathi and Ayushmaan Arjeria, two rising stars of Indian tennis, will now be on their way to compete at Wimbledon later this summer on the grass courts of the All England Lawn Tennis Club.

Aimed at developing a strong pipeline of junior grass court tennis players across Asia, this is the sixth time the international qualifying round for the tournament has come to India.

The tournament completed the run of two concurrent events last week, the girls’ Masters taking place at the Gymkhana Club in New Delhi and the boys’ Masters at the Chandigarh Club in Chandigarh.

“We are delighted to see the quality of Indian participants in this year’s Road to Wimbledon tournament. As part of our endeavour to nurture young tennis talents with opportunities to develop
their grass court skills, we are proud to watch these participants demonstrate their tenacity as well as their tennis skills on grass,” said Tournament Director and former British Davis Cup player, Jamie Baker.

At the Gymkhana Club, Haryana's Anjali Rathi emerged as the champion of the girls’ Masters, beating Veda Raju Prapurna in the final. In a separate match for the third position, Kundana Sri Bandanu beat her opponent, Pari Singh, to clinch third place in the girls’ Masters tournament.

Meanwhile, in Chandigarh, for the Boys’ Masters event, it had been Wimbledon weather during the past week, causing delay to several matches. As such, a few of the latter stages group matches were moved to the hardcourts to ensure that the draw was on track, but it was back on grass at the Chandigarh Club for quarter and semi finals, as well as the final.

Ayushmaan Arjeria clinched pole position as the champion of the boys’ Masters, beating Bushan Haobam in a fiercely-contested match. Following his loss to Ayushmaan in the semi-finals of the tournament, Aditya Rathi bounced back to beat Yuvan Nandal, to come in third place in the boys’ Masters.

Champions Anjali and Ayushmaan celebrated their success after a week-long tournament as they are set to represent India at the Road to Wimbledon Finals held between 11 and 17 August on
Wimbledon’s historic grass courts.

Richard Lewis, Chief Executive of The All England Lawn Tennis Club, said, “It has been an exciting week as we kick off the Road to Wimbledon in India. It is truly inspiring to watch these junior players on the grass court as they gain competitive exposure and experience of grass court tennis, the pinnacle of the tennis game. We are confident that with such opportunities, we can expect to see more junior players across Asia grow into skilled tennis professionals who would make history on the grass courts of Wimbledon in time to come. We would like to congratulate Anjali and Ayushmaan as well as to all the participants of the tournament – they are a positive sign that India’s future is green, and we look forward to welcoming India’s finalists at Wimbledon this August.”

Commenting on the winners of India’s journey in the Road to Wimbledon, tennis legend Vijay Amritraj said: “It is wonderful to see so many young talents emerging from India’s tennis scene, and I am proud to see how exceptional our junior tennis players are on the grass court during the tournament. I am grateful to AELTC and Rolex for creating these opportunities for junior players to develop their skills competitively as well as for all to simply enjoy the grass court game.

"Congratulations to Anjali and Ayushmaan on their tournament wins. As India’s young champions for the Road to Wimbledon Finals, I wish them the best of luck and I will be cheering them on as they compete amongst the world’s best junior talents at the All England Lawn Tennis Club.”