Sharapova will take on local hope Ashleigh Barty in the fourth round of the Australian Open. 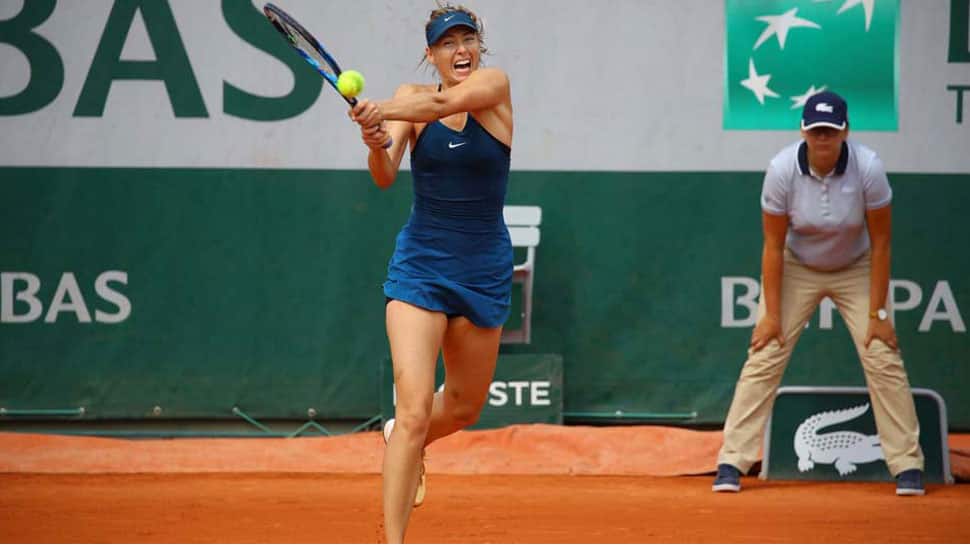 Russian tennis player Maria Sharapova scorched the Rod Laver Arena with her aggressive tennis to eliminate defending Australian Open champion Caroline Wozniacki 6-4, 4-6, 6-3 in the third round of the women's singles clash on Friday.

Five-times Grand Slam champion Sharapova, who won her last major at the 2014 French Open, hit 37 winners against 10 from her opponent and converted her second matchpoint to set up a fourth round clash against Australia number one Ashleigh Barty.

Sharapova, who won the Australian Open in 2008, headed into the match with a 6-4 lead in their previous meetings and went for her shots from the first point making it difficult for the third-ranked Dane with a game built on defence.

"I thought the level was quite high. She is the defending champion of this event and it`s no secret she loves this arena," Sharapova said in a courtside interview.

"These are the types of matches I train for so it`s really rewarding to win that last point. I`m definitely not walking around thinking I have experience and think they`re just going to give it to me," she added to the interview.

Wozniacki had the first break but handed the advantage back with a double fault before the Russian 30th seed, who was suspended for 15 months for taking banned drug meldonium in 2016, won three consecutive games to take the set.

After a trade of breaks, Wozniacki took the match into a deciding set after a double fault from Sharapova gave her a set point which she converted to level the entertaining encounter on Rod Laver Arena at 1-1.

Sharapova shrieked in delight after converting her third breakpoint in the seventh game with a scorching forehand and broke Wozniacki again to seal the victory in two hours and 24 minutes.

Sharapova will brace for a hostile crowd in the fourth round when she takes on local hope Barty, who beat Greek Maria Sakkari 7-5, 6-1.

"I think her story is phenomenal, she loves playing here. I know it`s going to be a tough crowd but I go out here to perform and play tennis,"Sharapova said of her next opponent.