Nadal, who is a four-time champion of the Canadian Open, is bidding to clinch his record-extending 35th ATP Masters 1000 title . 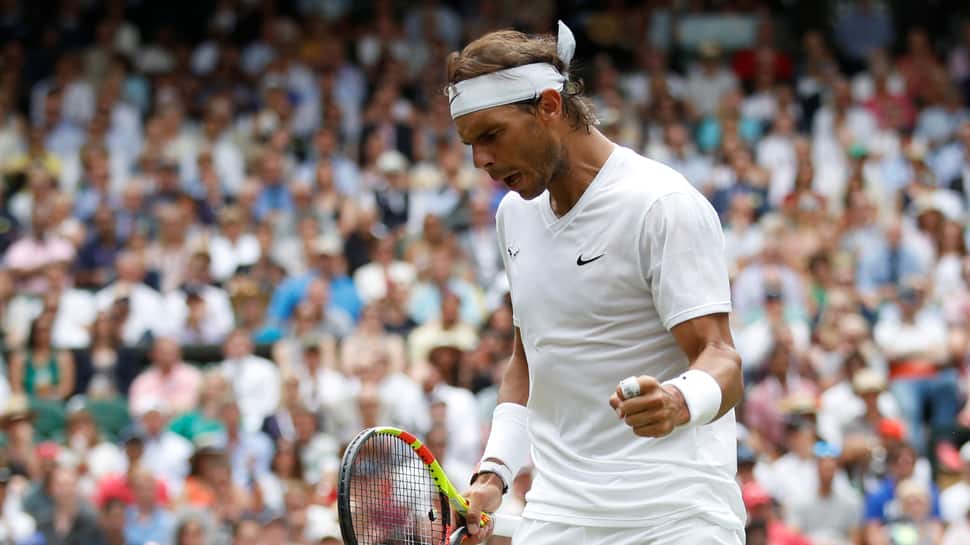 World number two Rafael Nadal booked his place in the final of the ongoing Rogers Cup without hitting the ball after Gael Monfils of France withdrew from the last-four clash between the two players in Montreal on Sunday.

Monfils, who brushed aside Spanish star Roberto Bautista Agut 6-4, 3-6, 7-6 in a rain-postponed men singles' quarter-final match of the tournamant, pulled out ahead of his semi-final clash with Nadal due to an ankle injury.

As a result of the walkover, 18-time Grand Slam champion Nadal stormed into his 51st ATP Masters 1000 final. He will now square off with Russia's Daniil Medvedev, who sealed a 6-1, 7-6(6) triumph over Karen Khachanov of Russia to reach his maiden summit showdown of the ATP Masters 1000.

The final clash between Nadal and Medvedev will also mark the first Head-to-Head meeting between the two players, the Association for Tennis Professional (ATP) reported.

By making it to the final of the Canadian Open, Nadal is also assured of retaining his world number two spot when the updated ATP rankings are released on Monday.

Nadal, who is a four-time champion of the Canadian Open, is bidding to clinch his record-extending 35th ATP Masters 1000 title .

On Wednesday, the Spaniard defeated Guido Pella of Argentina in straight sets in round-of-16 to notch up his 379th Masters 1000 victory, thus surpassing third-ranked Roger Federer's record of 378 in the elite series.