Djokovic was outshone by Federer several times on Centre Court before he saved two match points in tie-breaker to eventually claim a thrilling 7-6(5), 1-6, 7-6(4), 4-6, 13-12(3) triumph in the longest Wimbledon singles final in the history. 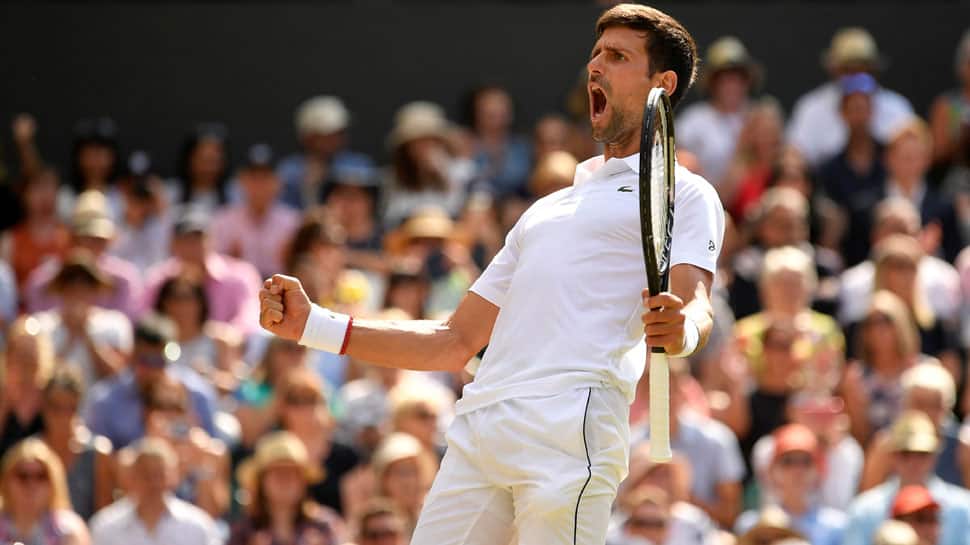 Djokovic was outshone by Federer several times on Centre Court before he saved two match points in tie-breaker to eventually claim a thrilling 7-6(5), 1-6, 7-6(4), 4-6, 13-12(3) triumph in the longest Wimbledon singles final in the history of the tournament that lasted for more than four hours. The match saw the club's new rule stipulating a tiebreak at 12-12 in a deciding set being deployed for the first time in singles.

The win saw the Serbian tennis star level with Swedish great Bjorn Borg in fourth place on the list of all-time winners in the men's singles event of Wimbledon and also increase his Grand Slam tally to 16 -- four behind Federer.

Heaping praise over Djokovic, Henman said that being five years younger than Federer, the world number one holds a great chance to surpass the 20-time Grand Slam champion’s record tally.

“It’s going to be very interesting to watch.He’s five years younger than Federer so he’s got much more time on his side.The level of play that Djokovic is at right now, it really wouldn’t surprise me if he did overtake Federer in the future," Sport24 quoted Henman as saying.

When quizzed if this year's Wimbledon final was the last chance for Federer to clinch a Grand Slam, Henman ruled out the same.

“I don’t think so. I think it’s very difficult to write these guys off that are playing at such a high level.Federer’s not going to be around forever but I think it’s important we all enjoy him while he’s still playing," he said.

Another Chinese Grand Slam champion due in next decade - Li Na