A tweet by OIR Spokesman Col. Myles Caggins III revealed the sheer massive firepower that was used to destroy the ISIS-controlled Qanus Island. 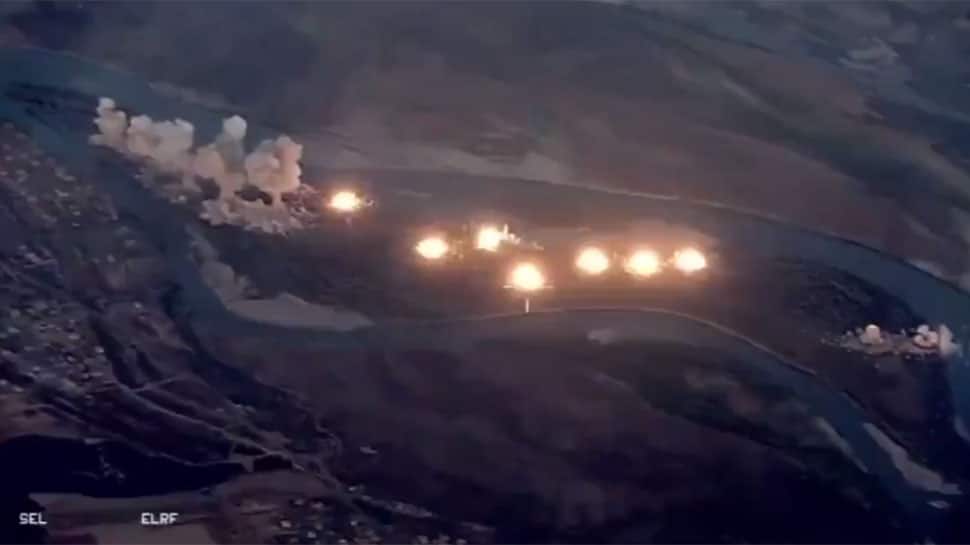 A video shared by the military spokesperson for Operation Inherent Resolve (OIR), the 81-member coalition against Daesh (ISIS), showed massive explosions and plumes of smoke that rose into the air just before dawn on Tuesday.

The OIR tweeted that ''this is what it looks like when CENTCOM Air Force jets bomb a “Daesh infested island.”

This is being seen as one of the most explosive videos to have come out of the global war against the ISIS.

Video of the US jets bombing the Daesh-infested island in Iraq has become a rage on the internet with many wondering if air strikes were real.

However, the tweet by OIR Spokesman Col. Myles Caggins III revealed the sheer massive firepower that was used to destroy the ISIS-controlled Qanus Island.

A statement later issued by the coalition said that “Coalition and Iraqi Counter-Terrorism Service forces conducted air-strikes on Qanus island in the Salah ad-Din Province, Iraq on September 10, 2019.”

It was a joint effort between the coalition and the Iraqis to defeat ISIS on the island.

“The island is believed to be a major transit hub and safe haven for Daesh,” the statement said.

The Global Coalition against Daesh was formed in September 2014 with an aim to degrading and ensuring Daesh’s enduring defeat.