Experts say such incidents take place when dogs feed on dead animals and start behaving like wolves or jackals. 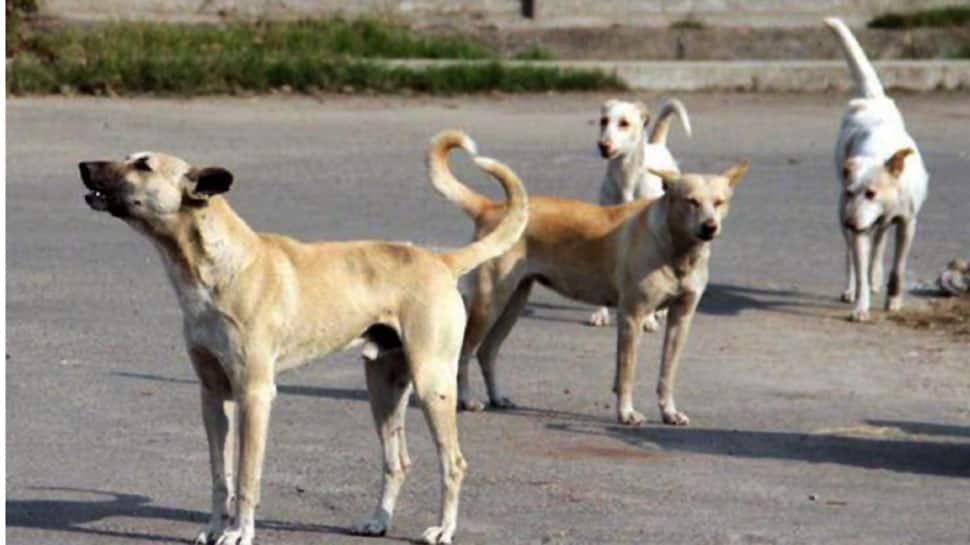 Seven-year-old Devki wanted to be either a doctor or engineer. She was eagerly waiting for her school to open after the summer vacations.

But her life was cut short in an attack by a pack of dogs, who mauled her to death at Pisawa village in Mathura on Monday.

The incident has frightened other villagers.

Devki was on her way to deliver food to her father Bhoop Singh at their farm when she was mauled to death.

Her inconsolable father told PTI, "I was not ready to send her to school. But she used to insist on going to school like her elder sisters. She always longed for the school dress and schoolbag. She was fond of studying. She was a sharp child."

"Now, she won't be able to go to school. She hadn't received the books and the dress from her school. All her dreams have gone with her," said her father.

A pal of gloom has descended on her village after the tragedy.

Experts say such incidents take place when dogs feed on dead animals and start behaving like wolves or jackals.

Animal Husbandry Department official HK Malik, said, "Earlier, forest areas had a great number of vultures, who used to feed on carcasses. Now, they are on the brink of extinction due to which stray dogs have started feeding on carcasses, behaving like wild animals."

Veterinary officer of Chhata tehsil Dr Manoj Agarwal, who inspected the area on the complaint of village headman Kali Charan, said, "Our team searched for the dogs in the village but they could not be found. Possibly, they have gone deep in the forest area."

"Till now, stray dogs used to attack blue bulls (nilgai), rabbits or peacocks. It is the first such instance when they attacked a human being," he added.