The incident, which was caught on camera, occurred as several people took to the stage during the event. 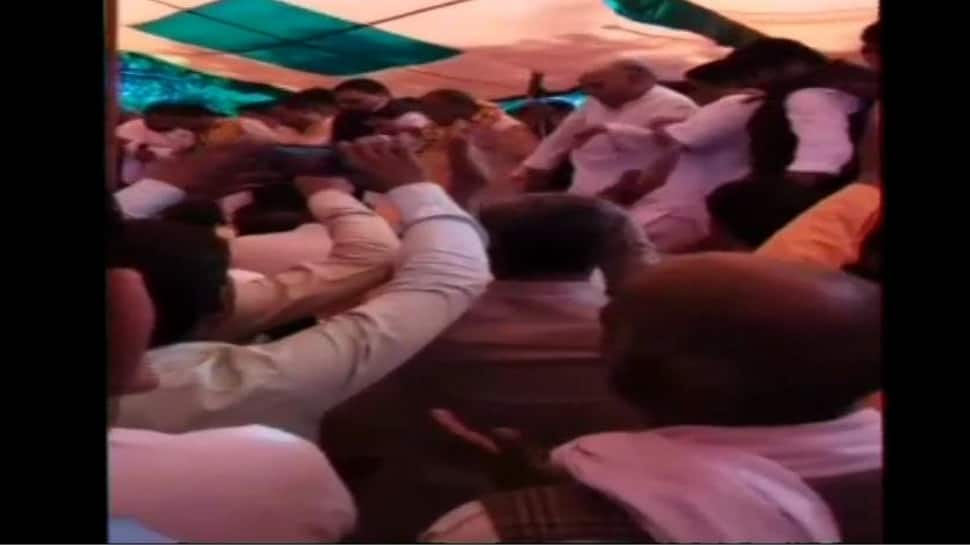 Several Bharatiya Janata Party (BJP) workers were on Friday injured after a stage collapsed during a 'Holi milan' function in Uttar Pradesh's Sambhal. BJP Kisan Morcha leader Avadhesh Yadav was among those who sustained injuries.

The incident, which was caught on camera, occurred as several people took to the stage during the event. A party leader can be heard making a speech just before the stage collapsed.

The nature of injuries is not yet known.

There have been several incidents in the past when the stage collapsed during public meetings and speeches.

During the 2017 campaign for the Assembly elections in Uttar Pradesh, a portion of the stage built for the then CM Akhilesh Yadav and Congress vice president Rahul Gandhi in Allahabad had collapsed. Many leaders were on the stage at the time of the accident but no one was injured.

Rahul and Akhilesh were scheduled to take the stage for their addresses after a mega roadshow, which was a part of the election campaign in Allahabad city.

A similar incident took place in Mathura in 2014 when people had gathered to see Hema Malini who was campaigning in the constituency. The crowd had become unmanageable and was seen rushing towards the stage as soon as she arrived and started delivering her speech.