Shivpal Yadav said that Akhilesh, with whom he fell out in January 2017, is a "babua" (puppet) who cheated his own father and uncle. 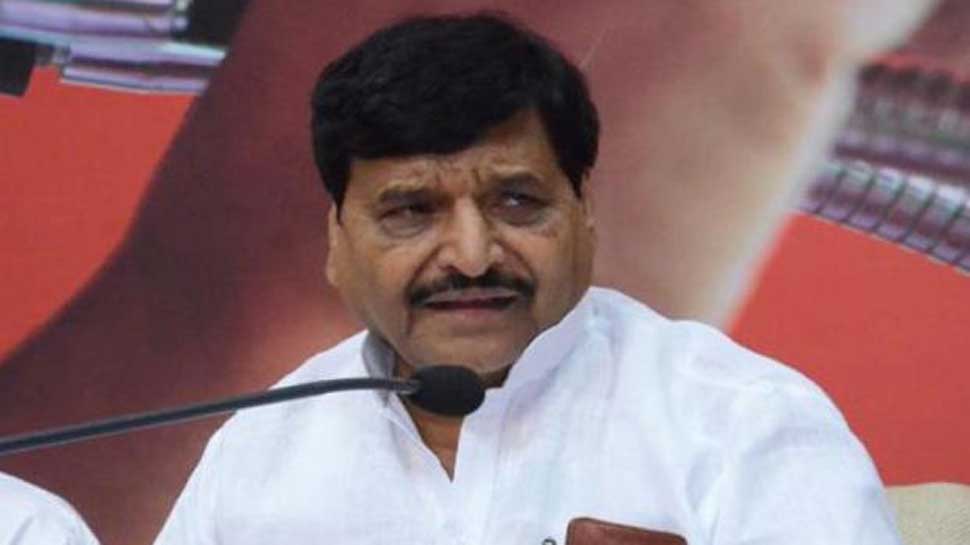 FIROZABAD: Pragatisheel Samajwadi Party-Lohia chief Shivpal Yadav on Saturday announced his candidature from Firozabad constituency for the upcoming Lok Sabha election. His nomination from the seat will ensure a family battle on a seat that is currently held by his nephew Akshay Yadav, the son of his estranged brother SP leader Ram Gopal Yadav.

"The people of Firozabad want me to contest the Lok Sabha elections from there and so I will contest from Firozabad," Shivpal said.

Lashing out at SP chief Akhilesh Yadav, he said that he had never sought any high-ranking designation in the Samajwadi Party, nor a minister's post but his nephew sidelined him. "I only wanted respect, but I was separated (from the party) as part of a conspiracy. How can we trust a person (Akhilesh Yadav) who has deceived his father and uncle? I had to form the Pragatisheel Samajwadi Party-Lohia out of compulsion."

He also took potshots at the Samajwadi Party (SP)-Bahujan Samaj Party (BSP) alliance recalling how BSP gave "shocks to the SP" and formed government with the BJP on three occasions in the past. "The party which called Mulayam Singh Yadav a goonda and me a durachari. Forging an alliance with such a party is an insult to both father and uncle."

Indulging in name calling, Shivpal said that Akhilesh, with whom he fell out in January 2017, is a "babua" (puppet) who cheated his own father and uncle. "I did everything for Akhilesh. But it is for all to see how he treated me," he said.

He also questioned why Akhilesh was calling Mayawati 'bua' as neither he nor his elder brother Mulayam ever considered Mayawati their "behen ji" (sister). "How can Akhilesh call her 'bua' (aunt)," he asked.

The recently announced 'Bua-Bhatija' alliance will be contesting the Lok Sabha election on 38 seats each in Uttar Pradesh, keeping both Congress and Shivpal's party at bay. The SP-BSP alliance is being viewed as a formidable force to counter BJP in the upcoming elections.