The mutilated body of the minor victim, who reportedly went missing from Tappal township on May 31, was found in a garbage dump on June 2. 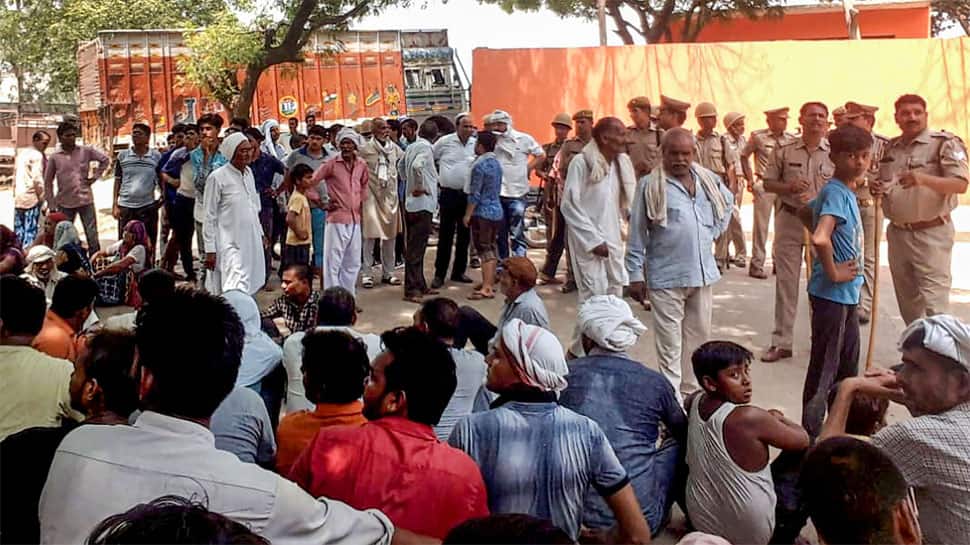 Aligarh: Villagers sit on 'dharna' out side the police station after the death of a 2.5-year-old girl in Aligarh, Friday, June 7, 2019.

The mutilated body of the minor victim, who reportedly went missing from Tappal township on May 31, was found in a garbage dump on June 2.

Two accused – Zahid and Aslam – were arrested by authorities on Friday night. Cops arrested two more accused – Zahid's brother Mehandi and his wife – on Saturday. The wife's scarf was found tied around the minor girl neck, sources said. Hunt for the fifth accused is currently underway.

Both Zahid and Aslam confessed to killing the minor after her father failed to return Rs 10,000 he had borrowed from them, police said in a statement.

The post-mortem report states that the minor was brutally beaten to death, repeatedly hit on the chest which led to a fracture in ribs, left leg and critical head injuries. The report adds that the right arm was chopped off from the shoulder and the body was eaten up by insects to such an extent that bones were exposed at certain places.

A six-member Special Investigative Team (SIT) has been constituted to probe the matter. A case has also been registered under the Protection of Children from Sexual Offences (POCSO) Act.