Earlier in the day, he took a holy dip in the river Ganges during the ongoing Kumbh Mela and performed an aarti at the Triveni Ghat. 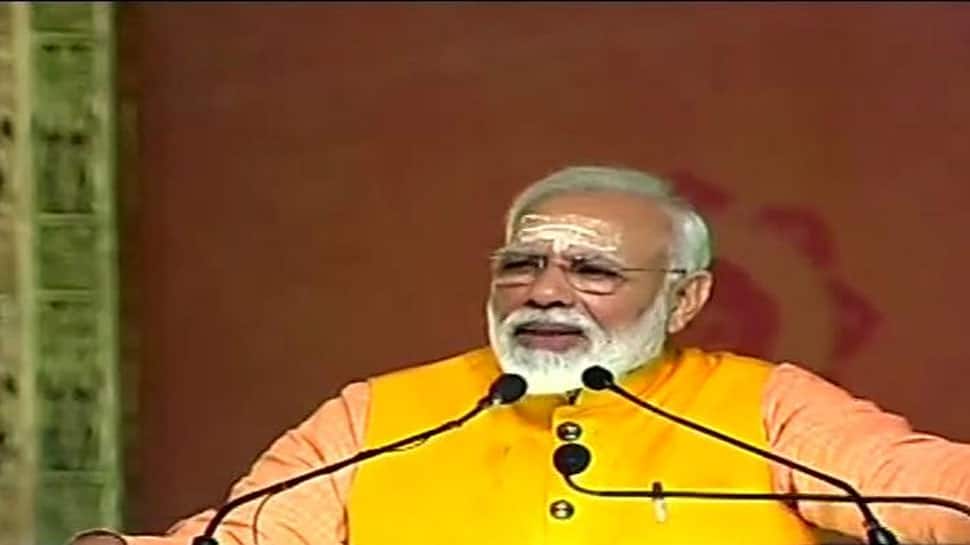 Lucknow: Prime Minister Narendra Modi on Sunday said that the country is moving towards declaring itself open-defecation free before October 2 this year. "I believe that you 'swacchagrahi' of Prayagraj have come forward as an inspiration for the entire nation," he added.

Speaking at the Swachh Aabhaar' programme in Kumbh, PM Modi said, "The amount collected after auctioning the presents that I received in the past 4.5 years as the Prime Minister is being used in the service of Maa Ganga."

Earlier in the day, he took a holy dip in the river Ganges during the ongoing Kumbh Mela and performed an aarti at the Triveni Ghat.

The Kumbh Mela draws tens of millions of pilgrims over the course of approximately 48 days to bathe at the sacred confluence of the Ganga, the Yamuna, and the mythical Saraswati river.