The Kumbh Mela, one of the largest religious gatherings in the world, held in Uttar Pradesh's Allahabad from January 15 on Makar Sakranti to March 4 this year. 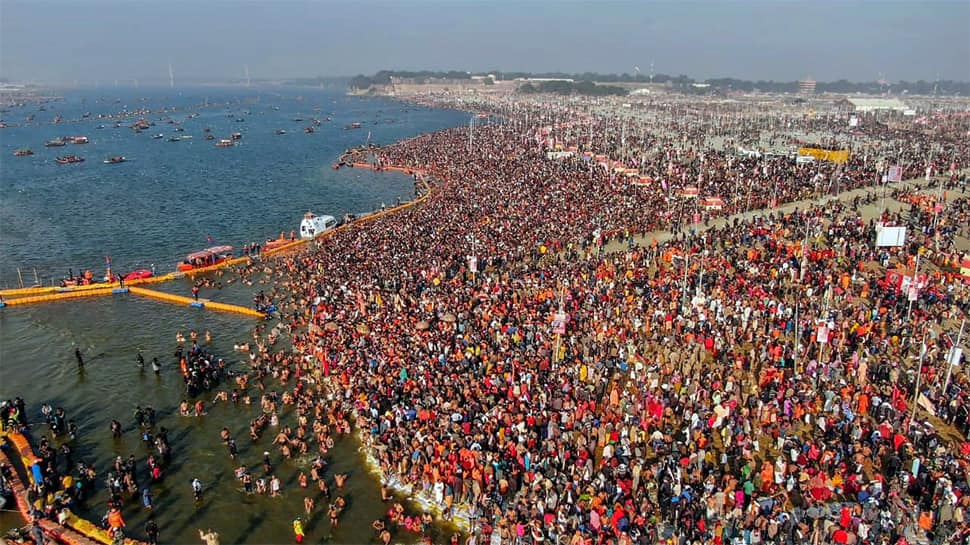 Allahabad: The Sangam, confluence of the Ganga, Yamuna and the mythical Saraswati, is all set to witness the last dip of the Kumbh Mela on Mahashivratri Monday, after more than 22 crore devotees took a holy bath.

"This day symbolises the last holy bath of the Kalpvasis and is directly related to Lord Shiva. As per the mythology, this day is awaited in the heavens as well," Gunjan Varshney, president of Ram Naam Bank situated at Civil Lines here said. She also said it was on this day that Lord Shiva got married, and hence is eagerly awaited by his followers, who worship him.

Elaborating about the significance of Mahashivratri, Ashutosh Varshney of Grah Nakshtram, who has set up his camp here, said, "Mahashivratri marks the culmination of the Kumbh and the prominent bathing days. And this time Mahashivratri is falling on a Monday the day dedicated to Lord Shiva, which is falling after a long time."

The Kumbh Mela, one of the largest religious gatherings in the world, held in Uttar Pradesh's Allahabad from January 15 on Makar Sakranti to March 4 this year. "This is a very rare coincidence and the Sangam area will remain more crowded than previous years since it is the last bating day," he said.

Varshney said Kumbh will conclude on a rare occasion, Mahashivratri.

He also said 'Rudrabhishek' of 'shivling' is also done on this day. In the Kumbh held in Sangam city, there were six bathing dates. "Of these, shahi snaans were held on occasions of Makar Sankranti (January 15), Mauni Amawasya (February 4) and Basant Panchami (February 10).

"Apart from this, 'parv snaans have been held on the occasion of Paush Poornima (January 21) and Maghi Poornima (February 19)," Varshney said.