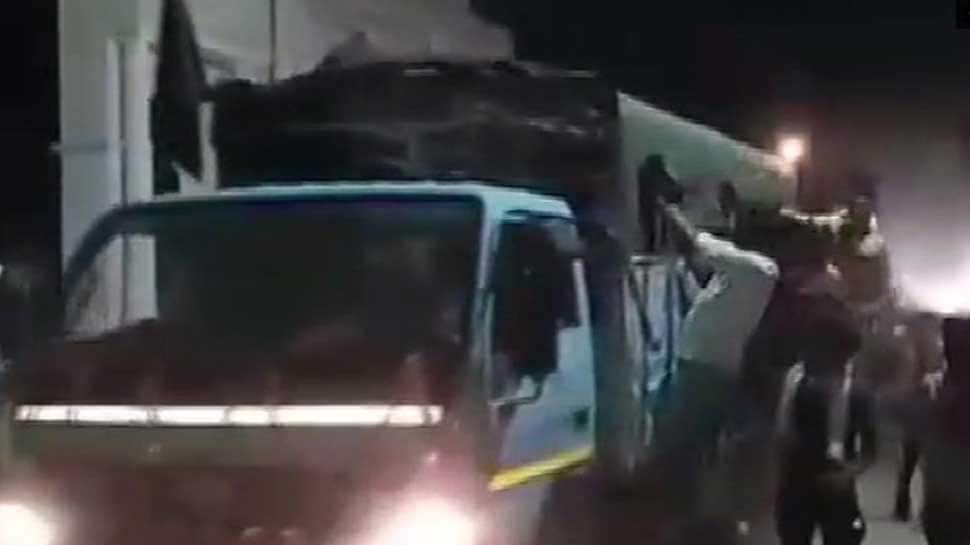 The body was brought to his residence on the intervening night of Thursday and Friday by road after being flown from Jammu to Varanasi's Babatpur Airport.

Ghazipur: The mortal remains of CRPF Constable Mahesh Kumar Kushwaha
were brought to his residence in Jaitpura village earlier tonight. He lost his life in Anantnag terror attack, in Jammu & Kashmir, on June 12. pic.twitter.com/asU78ZRTgY

Thousands of villagers gathered to pay homage to the slain Army jawan and were constantly chanting slogans of "Pakistan Murdabad" and "Mahesh Zindabad" while fluttering the tricolour.

According to local sources, the CRPF personnel will be accorded full state funeral in the morning near Ganga River in presence of the officials of district administration and CRPF.

Five CRPF personnel attained martyrdom and three others were injured when their patrol party was attacked by terrorists in Jammu and Kashmir`s Anantnag on Wednesday.

Terrorists carried out a stand-off firing attack at KP Road in Anantnag at about 4:50 PM hours on Wednesday.