One kanwariya dies in road accident on Saharanpur-Haridwar highway, 13 injured

A tempo carrying a group of kanwariyas was hit by a DCM Toyota bus, coming from the opposite side, near Bhagwanpur border under Fatehpur Police Station limits. 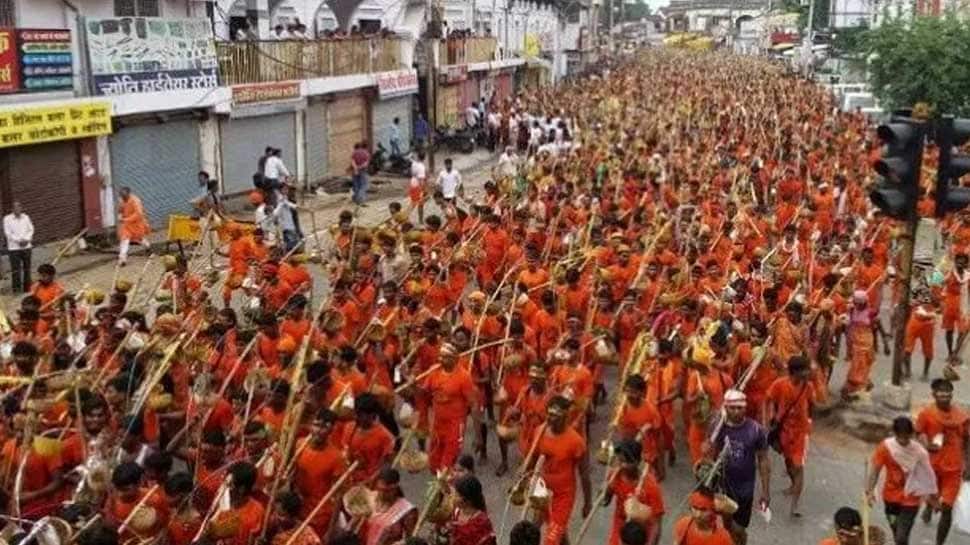 Saharanpur: A tempo carrying a group of kanwariyas was hit by another vehicle on the Saharanpur-Haridwar highway, which resulted in the death of one kanwariya on Thursday.

13 other kanwariyas were seriously injured in the road accident.

Those injured were immediately rushed to a nearby hospital for treatment by the local police which arrived at the spot minutes after the incident was reported.

One of those injured in the road mishap said that a group of kanwariyas was travelling in a tempo from Saharanpur. They were headed to Haridwar when a DCM Toyota, coming from the opposite side, rammed into their vehicle near Bhagwanpur border under Fatehpur Police Station limits.

The collision was so intense that one of them died while being rushed to the hospital and 13 others were seriously injured.

The deceased kanwariya has been identified as Rajan from Shamli district.

Two others who were seriously injured in the accident -  Sonu and Sachin – have been referred to the higher centre for treatment.

The driver of the DCM fled from the spot and, according to SSP Dinesh Kumar, a hunt has been launched to nab him.

A case has also been registered in this regard.

The Kanwar Yatra is an annual pilgrimage of Lord Shiva's devotees. The Kanwarias (pilgrims) visit Haridwar, Gaumukh and Gangotri in Uttarakhand and Sultanganj in Bihar to fetch holy waters of River Ganga.