Mayawati appealed to the voters to stay away from Congress and alleged that they are working with BJP against the SP-BSP alliance in Uttar Pradesh. 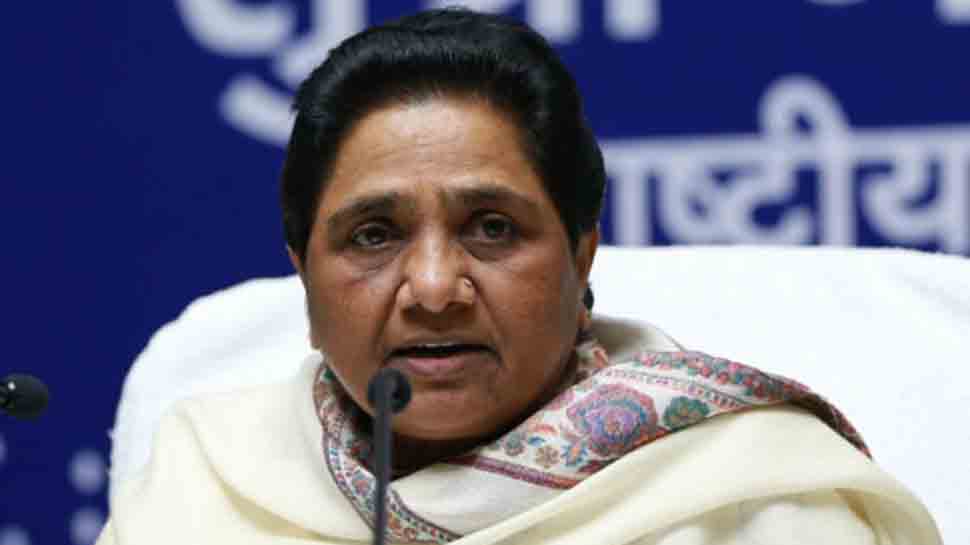 New Delhi: Bahujan Samaj Party supremo Mayawati on Thursday alleged that Bharatiya Janata Party and Congress are having a tacit understanding and accused them of unitedly working against the SP-BSP alliance in Uttar Pradesh.

Asking the voters in Uttar Pradesh to stay away from Congress, Mayawati stated, "BJP and Congress are cut from the same cloth. I urge voters that they should not vote for Congress, they should instead vote for the 'gathbandhan' (SP-BSP alliance) candidate and ensure that BJP is defeated."

Referring to the 2018 incident when during his Parliamentary debate in Lok Sabha, Rahul Gandhi walked across to Prime Minister Narendra Modi and hugged him, Mayawati said, "We all saw how Rahul hugged PM in the parliament both parties are in collusion but they will be wiped out of UP. It is now becoming clear that BJP and Congress are fighting against the SP-BSP 'gathbandhan' in Uttar Pradesh."

On Wednesday, Congress general secretary Priyanka Gandhi Vadra hinted towards an understanding with the alliance and had said that her party candidates would cut into BJP votes wherever they were not strong enough to win. "It is clear that our candidates are putting up a tough fight. Where they are strong enough, they will win on their own. Where they carry less weight, we have fielded such candidates that they would eat into BJP votes," she said at Amethi rally on Wednesday.

However, her statement did not seem to go well with the Samajwadi Party president who took a potshot at her today saying that the grand-old party is coming out with excuses as they fear a loss in the election. "The people are not with the Congress. The sentiment in the state is against them," Akhilesh said during an interview with news agency ANI.