Thankfully, no one was in the house at the time of the incident. 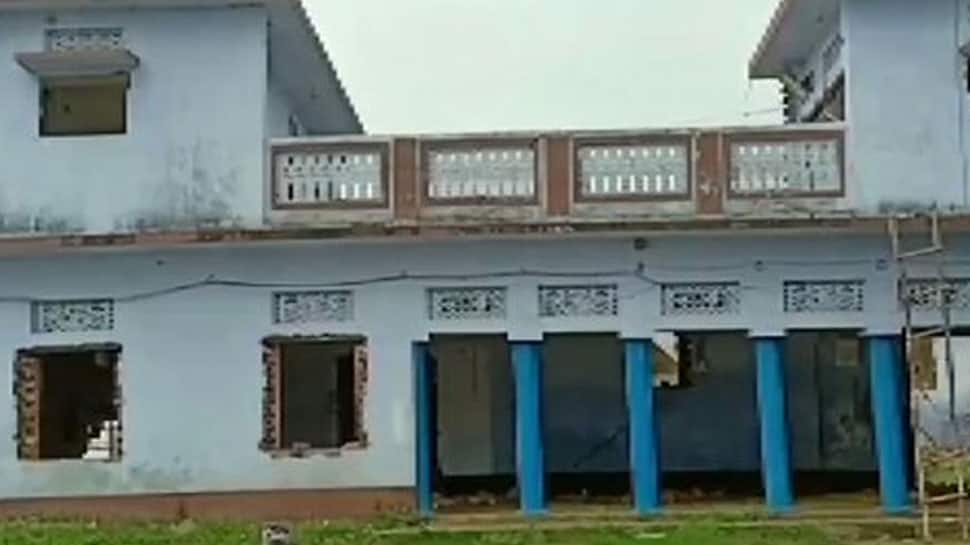 BALLIA: A two-storey house located in Ballia district of Uttar Pradesh collapsed like a pack of cards due to incessant rainfall in the region.

A video of the incident, which was shared by news agency ANI, showed the house located in Keharpur village of Bairia tehsil coming down within in seconds.

Thankfully, no one was in the house at the time of the incident.

The footage emerges at a time when heavy rainfall has tormented parts of Uttar Pradesh.

According to private weather forecaster Skymet, rains could intensify in Uttar Pradesh in the next few days.

Places like Kanpur, Lucknow, Bareilly, and Sultanpur could face heavy rains in the next two to three days.

While central and east UP received moderate to heavy rains in the last 24 hours, there has been absolutely no rainfall in west UP.

Meanwhile, the rainfall situation in Madhya Pradesh has also worsened with several houses damaged in districts like Mandsaur.

Due to incessant rains in Mandsaur district, several houses collapsed in Khanpura road near Pashupatinath temple on Saturday night.

People have requested compensation from the government after the incident happened.

The district has been put in a state of `high alert` due to the situation.

The 19 gates of the Gandhi Sagar dam have been opened to release 4 lakh cusec water. However, there is no report of loss of life from anywhere in the district.