With Akhilesh Yadav on her side, Mayawati recalls 1995 guest house incident to hit out at BJP

The coming together of these unlikely alliance partners is historic but not a first. 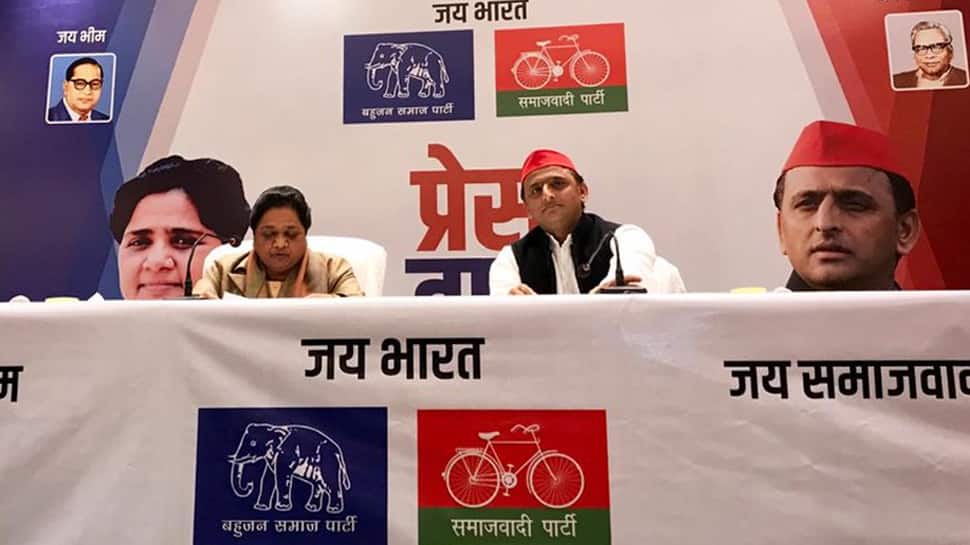 LUCKNOW: Arch rivals Bahujan Samaj Party (BSP) and Samajwadi Party (SP) on Saturday announced that they will contest the upcoming Lok Sabha elections together on 38 seats each of the 80 in Uttar Pradesh, while leaving Rae Bareli and Amethi for Congress.

The coming together of these unlikely alliance partners is historic but not a first. In 1993, the then party chiefs Mulayam Singh Yadav and Kanshi Ram had fought the assembly elections in Uttar Pradesh together and even formed the government. However, just two years later, the alliance fell apart in 1995.

What marked the bitter end of the tie-up then was an incident, infamously known as the 1995 guest house scandal. The unruly mob of SP workers had stormed into the Meerabai Guest House in Lucknow where Mayawati was huddled in a meeting with her MLAs. As per reports, Mayawati's room was vandalised, she was abused and even allegedly beaten up. When the BSP MLAs failed to protect her, BJP MLA Brahm Dutt Dwivedi took her out of the guest house to safety. It was then that BSP had joined hands with the BJP to form a government in the state.

The incident had left an indelible mark in the relationship between the two parties. It was said that Kanshi Ram made numerous efforts to revive the coalition but Mayawati held the fort in her opposition to a possible tie-up.

However, twenty five years later, it seems that Mayawati has moved beyond her bitter past.

On Saturday when BSP and announced their alliance, Mayawati herself recalled the 1995 guest house scandal with Akhilesh Yadav seated next to her. But the mention of the incident was not to attack the SP chief, instead to reassert that she had buried the hatchet and was ready to join hands with the party which was it once considered an archrival.

"Kanshi Ramji and Mulayamji had come together to defeat the BJP in the past. That alliance could not work for a longer time due to the Lucknow guest house incident. But today, we are moving past that incident and joining hands to defeat the BJP. For us, the country is bigger than any differences. Even the 1995 Guest House scandal cannot stop us from coming together to work for the benefit of the country," Mayawati said.

While thanking Mayawati for joining hands with the SP, Akhilesh took a moment to warn his cadres against insulting the BSP chief under any circumstances. "From today onwards, all the SP workers should know that an insult of Mayawati ji, will be insulting me," Akhilesh said.

The mention of the 1995 guest house incident comes at a time when the BJP has been targeting the two parties claiming that they are joining hands due to the fear of the saffron party. "Rivals are coming together just to oppose us. Political rivals, who did not even like to look at each other, are now coming together just to oppose us. They fear the chowkidar, which is why they want to throw me out of power," he had said.

The BSP and the SP who had come together to successfully defeat the BJP in Phulpur, Gorakhpur and Kairana bypolls in 2017, are now hoping for a similar success story in 2019 polls too.