"I still get goosebumps when I think of it. He then took me at this place to see his dogs, and that's how our friendship began. He also funded our venture!" he wrote. 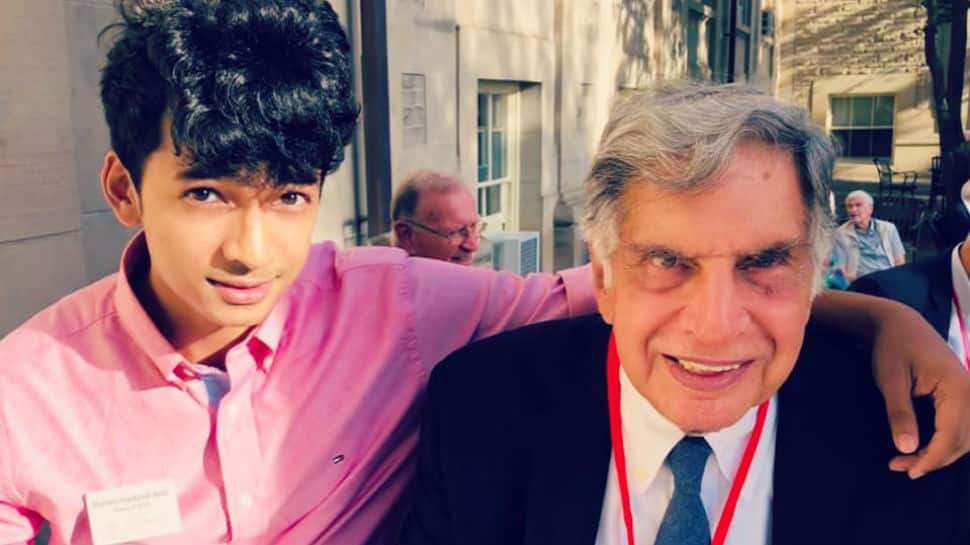 New Delhi: Working for industrialist and philanthropist Ratan Tata is everyone's dream job. Isn't it? But everyone is not lucky enough to get a job with his company and live their dreams. However, Shantanu Naidu, 27, got lucky and also managed to impress Ratan Tata. In a post shared on Facebook page 'Humans Of Bombay', Shantanu has explained how he managed to get the dream job and how life has changed for him.

In the now-viral post, Shantanu has recalled a five-year-old incident of meeting Ratan Tata after he saved a stray dog's life in Mumbai.

One evening, while returning home from work, he saw a dying stray dog in the middle of a road, which moved him. The incident prompted Shantanu to design a collar with reflectors on them so that any car driver can see it from a distance. Fortunately, the collars were able to save the dog and as the word spread across, his work got covered in the Tata Group of Companies' newsletter.

"People wanted to buy our collars, but we had no funding. Around that time, my dad asked me to write a letter to Mr Ratan Tata, since he loves dogs too. I was hesitant at first, but then I said to myself, 'Why not?' So I wrote him a handwritten letter and forgot all about it," Shantanu wrote in the post.

"Two months later, my life changed. I received a signed letter from Mr. Ratan Tata himself! When I opened it, it said that he really loved our work and would like to meet me -- I couldn’t believe it!" he added.

Shantanu further explained that he later met Ratan Tata at his office and the industrialist told him that he is "deeply touched by the work he does."

"I still get goosebumps when I think of it. He then took me at this place to see his dogs, and that's how our friendship began. He also funded our venture!" he wrote.

"I left for my masters soon after, but I promised him that once I finished, I would dedicate my life working for the Tata Trust... and he happily accepted my request! As soon as I came back to India, he gave me a call and said 'I have a lot of work to be done in my office. Would you like to be my assistant?' -- I didn't know how to react. So I took a deep breath, and a few seconds later said 'Yes!," Shantanu mentioned.

The post, in just two days, has got over 25,000 likes and netizens just can't stop praising Shantanu for his work.

"Now that's my kind of story! Bless you and your amazing millennial dumbledore," read a comment while another person wrote, "You got him as a boss and mentor you are very gifted."