Desi nani tries loaded pizza for the first time in viral video, her reaction will melt your heart- Watch 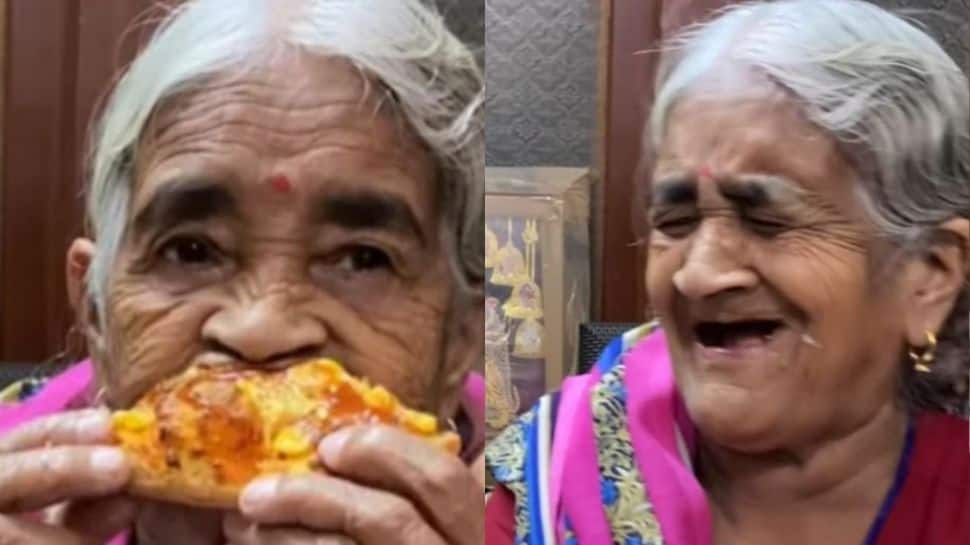 New Delhi: A video of a desi Nani has gone crazy viral on social media platforms. In the video the grandmother can be seen trying a loaded pizza for the first time.

The video was shared by the old lady’s grandson Greesh Bhatt who is a video content creator. The video, featuring Greesh Bhatt’s maternal grandmother, captures her reaction to trying pizza for the first time.

As soon as the video was posted online, the netizens went crazy over it and the video spread online like wildfire. Till now, the Instagram reels has 844k views.

“Nani ji First time eat pizza (sic),” the video caption read. In the start of the video, the nani can be seen as a little skeptical about trying the pizza, but still takes a bite after much persuasion. However, it appears from her reaction that she doesn’t quite enjoy it.

The users hearted the viral video and showered it with cute comments and praises. “Lovely nani maa (sic),” read a comment. “So cute (sic),” wrote another user.