The Google Doodle on March 7, a day before International Women's day 2019, celebrates the birth anniversary of a special lady – Russian mathematician Olga Ladyzhenskay. 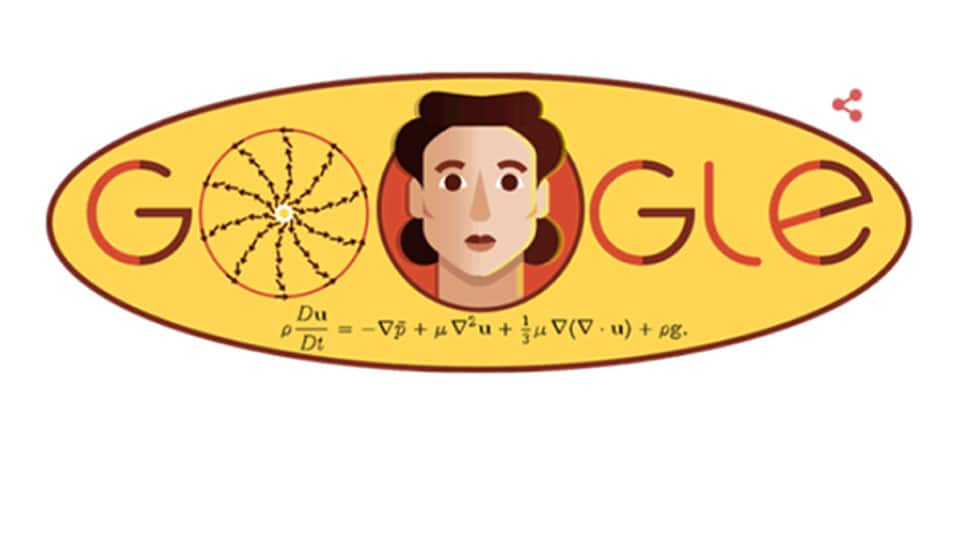 The Google Doodle on March 7, a day before International Women's day 2019, celebrates the birth anniversary of a special lady – Russian mathematician Olga Ladyzhenskay.

Ladyzhenskay pioneering work in the field of maths not only made her one of the most influential thinkers of her generation, but it also continues to help mankind till date. She's known for her work on partial differential equations and fluid dynamics. She's also the first person to provide proofs of the convergence of a finite difference method for the Navier–Stokes equations. Her equations help oceanography, cardiovascular science, aerodynamics, and weather forecasting.

“Today’s Doodle celebrates Olga Ladyzhenskaya, a Russian mathematician who triumphed over personal tragedy and obstacles to become one of the most influential thinkers of her generation,” writes Google in a statement.

Born in the rural town of Kologriv on March 7, 1922, Ladyzhenskaya was inspired to love algebra by her father, a mathematician descended from Russian nobility.

“She was just 15 years old when her father was jailed and executed by Soviet authorities who accused him of being an 'enemy of the state.' Subsequently, her mother and sisters sold dresses, shoes, and soap to make ends meet. Despite graduating from secondary school with excellent grades, she was later denied admission to Leningrad State University because of her family name,” adds the search engine giant.

“After years of teaching math to secondary school students, Ladyzhenskaya finally got the chance to attend Moscow State University, studying under the renowned mathematician Ivan Petrovsky. There, she earned her PhD and went on to head the Laboratory of Mathematical Physics at the Steklov Mathematical Institute. Later, she elected to stay in Russia despite the collapse of the Soviet Union and the economic pressures that followed.

“The author of more than 250 papers, Ladyzhenskaya’s methods for solving partial differential equations remain profoundly influential. A member of the St. Petersburg Mathematical Society since 1959, she became its president in 1990. Beyond mathematics, she was also a lover of nature and the arts.

“Recognized by numerous international institutions, she was awarded the Lomonosov Gold Medal by the Russian Academy of Sciences in 2002 for her impressive contributions to the world of mathematics,” writes Google.