The hands of the suspect can be seen tied behind his back and he is screaming as an officer pushed a snake towards his face. 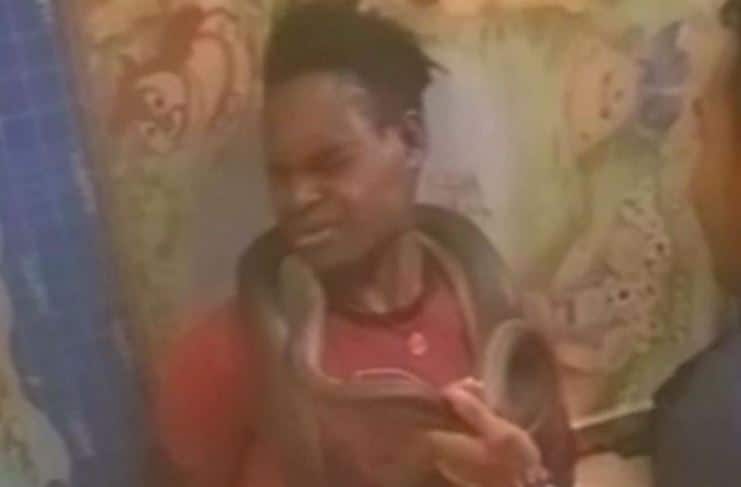 JAKARTA: In a shocking incident, Indonesian police used a live snake to torture a theft suspect during a police interrogation.

In the video of the alleged incident, which has now gone viral, the man can be seen with the snake draped around his neck as officers kept on questioning him in connection with the theft of mobile phones.

Snakes are reported being used against West Papuans for interrogation. pic.twitter.com/Rf72r9oJMO

The hands of the suspect can be seen tied behind his back and he is screaming as an officer pushed a snake towards his face. One policeman can be heard ordering the man to open his eyes as another threatens to put the snake into his mouth.

During the interrogation, an officer asks: "How many times have you stolen mobile phones?"

The suspect can be heard admitting: "Only two times."

Jayawijaya police chief Tonny Ananda Swadaya tried to justify the bizarre interrogation technique saying the snake was non-venomous and tame. He, however, accepted that the policeman was not professional in discharging his duties.

Swadaya also stressed that the suspect was not physically attacked by the policemen. He added that stern action has been taken against the officers involved in this matter.

Meanwhile, human rights lawyer Veronica Koman, who first posted the video, claimed that this is not an isolated incident. She said that last month also the police had used snake during the interrogation of one of her.

It is to be noted that reports of human rights abuses are common from Papua.