In the second video, Priyadarshini can be seen arguing with her neighbours and requesting the police to direct them to paint their walls “anti-black” as black painted walls attract “international drones” which can be dangerous for the lives of people in the neighbourhood. 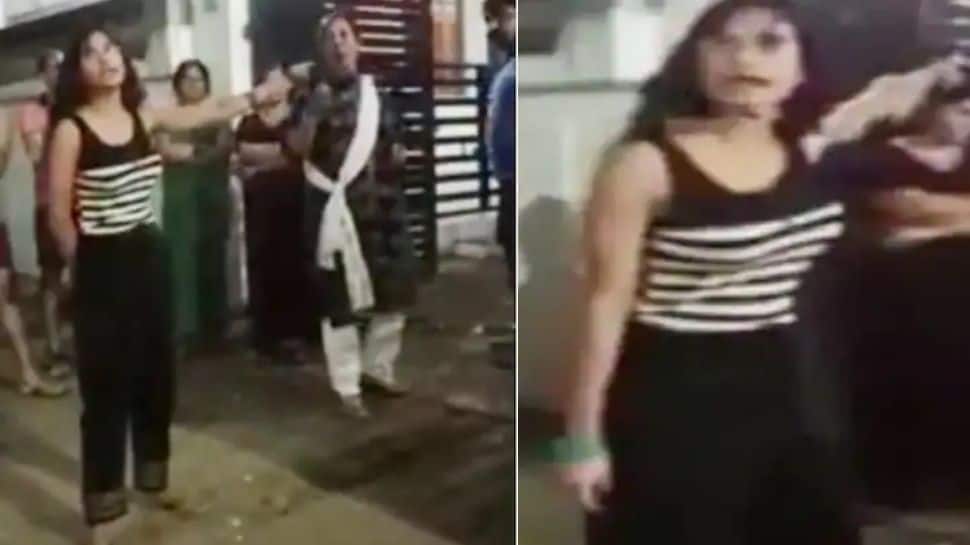 New Delhi: It seems like the Lucknow girl, who made headlines after a video of her assaulting a cab driver went viral on social media, is in no mood to leave the ‘lime light’ anytime soon. Few days after the shocking video of her slapping and thrashing a cab driver in Lucknow went viral online, another video, purportedly of Priyadarshini Narayan Yadav, has surfaced on social media.

The netizens who have been posting and sharing the video said that it is over two years old. In the second video, Priyadarshini can be seen arguing with her neighbours and requesting the police to direct them to paint their walls “anti-black” as black painted walls attract “international drones” which can be dangerous for the lives of people in the neighbourhood.

“They have coloured their house black… Tell them to paint their house anti-black because international drones fly around here and because of them, the lives of all the colony residents are in danger,” Priyadarshini can be heard saying in Hindi.

This is the 2 Year Old Video Of #PriyadarshiniYadav
Arguing with Neighbours over the Black Colour of their Main Gate.

In the 2-minutes-20-second long video, the infamous Lucknow girl can be seen saying scene over the issue, while the police officer tries to pacify her by saying, “You go home, I will make them understand and will take it in written from them.”

Meanwhile, after the incident went viral on social media and came to light, the Uttar Pradesh police filed an FIR against the woman for hitting the cabbie. “In the case of the viral video of a woman slapping a man, we received a complaint from the man today. Based on the complainant, An FIR was filed in Krishna Nagar police station under relevant sections,” said the Deputy Commissioner of Police (DCP) Central (Lucknow), Chiranjeev Nath Sinha.