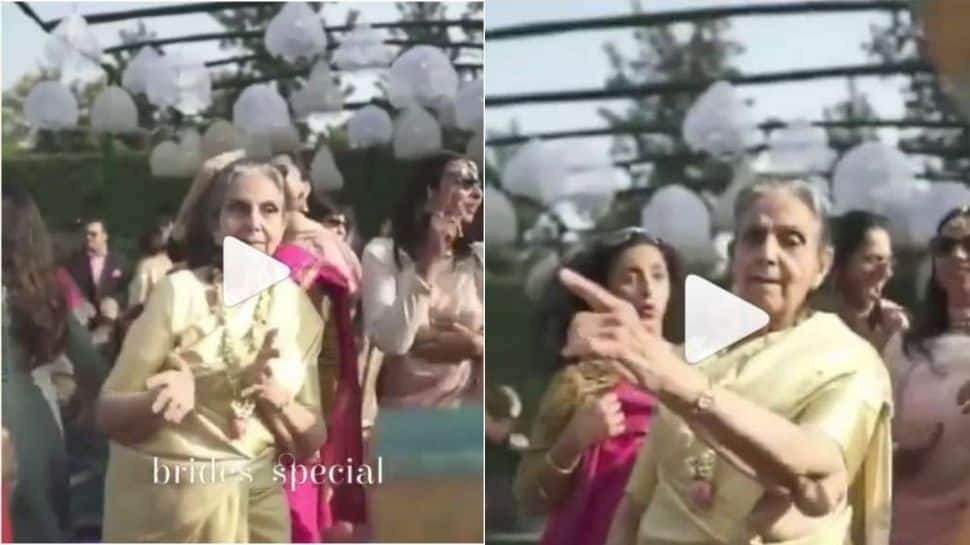 New Delhi: Weddings are crazy! They can get anyone to move and groove. From kids to grandparents, you can expect everyone to have a good time at a wedding when the bright song plays along. As soon as the wedding season approached numerous videos of wedding celebrations flooded social media platforms.

One such video of an active and energetic grandmother is going viral on social media. It is not just her moves, but also her attitude which makes the video amazing. In the video, the grandmother of the bride can be seen having a good time.

This ‘boss dadi’ is dancing and enjoying to the fullest at her granddaughter's wedding, and now her graceful video which captures the very essence of her unbeatable expressions and confidence is doing rounds on social media platforms.

In the video, the grandmother can be seen grooving to Udit Narayan’s famous song ‘Kambhe jaise khadi hai, ladki hai ya chhadi hai’. Even though the video features a lot of other people around her, one can not move his-her eyes from ‘boss dadi’.

A post shared by Wedding Special By SRISHTI (@brides_special)

Bride’s dadi’s swag is killing the internet. Till now, the video, which was shared by brides_special on Instagram, has garnered over a lakh likes and thousands of comments.