The Prime Minister had to cut short his speech after 14 minutes at the Thakurnagar rally amid stampede-like situation. 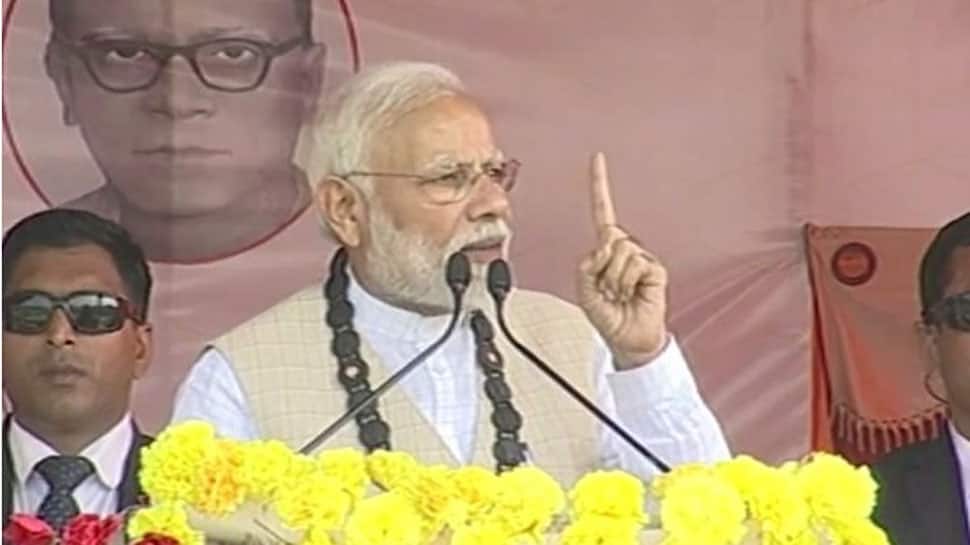 Accusing state Chief Minister and Trinamool Congress supremo Mamata Banerjee of resorting to “violence”, the Prime Minister said, “"Look at the scene (crowd). I can now understand why Didi resorted to violence. Those who advertise to be democratic, kill innocent people.”

The Prime Minister also trained his guns at Congress party while addressing the massive gathering at the rally.

“In the name of loan waiver, farmers of the country have been duped by all the political parties,” said the PM.

“There will be no syndicate tax, no obstacles. The people will directly receive the Rs. 6,000 meant for them under the new budget.The farmers can use this money to meet the expenditures needed for agriculture,” he added while referring to Friday's Interim Budget.

Later, the Prime Minister had to cut short his speech after 14 minutes at the Thakurnagar rally amid stampede-like situation, reported news agency PTI.

The Prime Minister will address another rally at the industrial town of Durgapur later in the day.