The striking doctors had on Friday night rejected a proposal from the Chief Minister for talks at the state secretariat Nabanna, and maintained that she would have to come down to the NRS Medical College and Hospital. 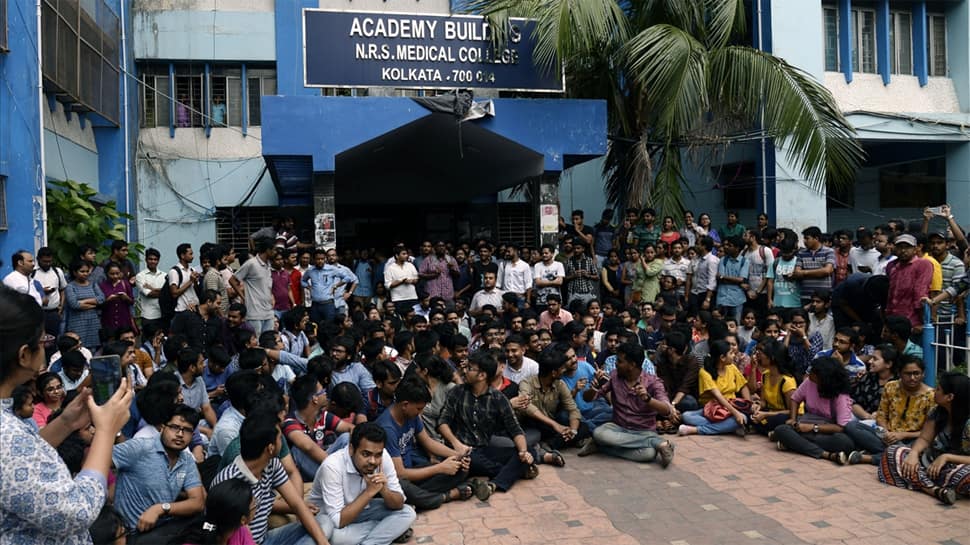 KOLKATA: Agitating junior doctors of NRS Medical College in West Bengal on Sunday agreed to meet Chief Minister Mamata Banerjee to end the impasse but asserted that the conversation cannot be held behind closed doors. "We are keen to end this impasse. We are ready to hold talks with the chief minister at a venue of her choice, provided it is held in the open, in the presence of media persons, and not behind closed doors," the doctors said. They came to the decision after a two-and-half-hour-long meeting of their governing body,

A spokesperson of the joint forum of junior doctors said that the Chief Minister was free to decide the venue of the meeting but stressed that it should be held in the open. However, the spokesperson said the venue should be spacious enough to accommodate representatives from all medical colleges and hospitals in the state.

Banerjee had invited the agitators for closed-door talks on Saturday, but the offer was turned down by the doctors.

The doctors said that they were hopeful that the CM will ensure that the issues will be resolved and their demands are met. "We want to join our duties as early as possible in the best interests of the common people once all our demands are met with adequately and logically through a discussion. We are hopeful that the chief minister will be considerate enough to solve the problems," he said. However, he added that the strike would continue till a solution was worked out.

Junior doctors across the state are observing a strike in protest against an assault on two of their colleagues at the NRS, allegedly by the family members of a patient who died on Monday night. For the sixth straight day, emergency wards, outdoor facilities and pathological units of many state-run hospitals and private medical facilities have been hampered in the state.

The striking doctors had on Friday night rejected a proposal from the Chief Minister for talks at the state secretariat Nabanna, and maintained that she would have to come down to the NRS Medical College and Hospital to listen to their grievances and apologise for having cast aspersions on them.

"The last press interview by our honourable Chief Minister was full of discrepancies which had led to false propagation of the motive behind our protests and the response of the government to it. Hence it needs clarification," the doctors said on Sunday.