Mamata Banerjee has started a dharna against Centre over CBI action against Kolkata police chief. 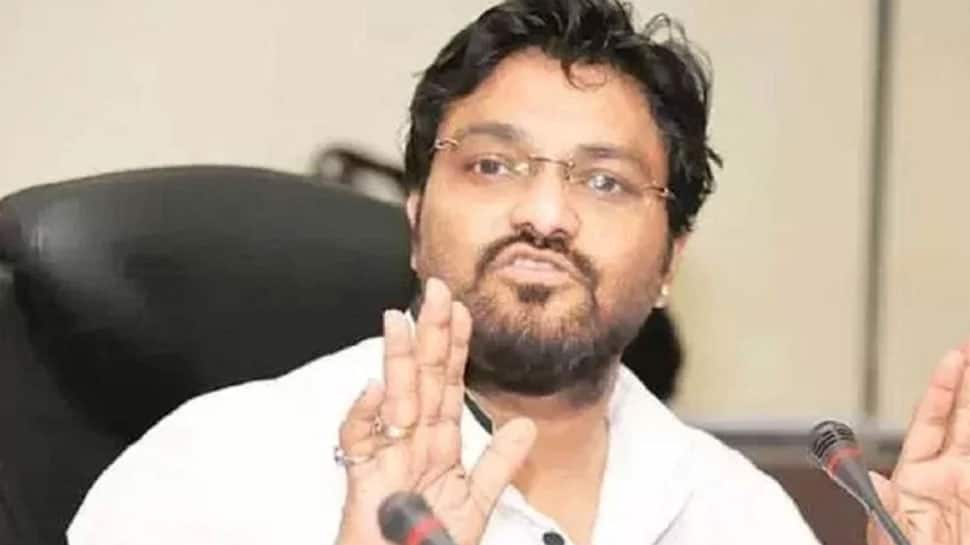 KOLKATA: According to Union Minister of State for Heavy Industries and BJP leader Babul Supriyo has demanded the imposition of President's rule in West Bengal amid an ongoing tussle between state's Chief Minister Mamata Banerjee and the Centre over the detention of CBI officers at Kolkata Police chief's residence.

According to Union Minister of State for Heavy Industries Babul Supriyo, "The BJP will address a press conference in the state either on Monday or Tuesday over the ongoing tussle between the  Central Bureau of Investigation and Kolkata Police Commissioner Rajiv Kumar."

"Why was the CBI stopped by police if Kumar has nothing to be afraid of? The CBI has the right to investigate the matter as they were asked to do so by the Supreme Court. Trinamool Congress (TMC) is deliberately blaming Prime Minister Narendra Modi and BJP chief Amit Shah into the matter as they want to politicise the issue," Supriyo said.

Responding to TMC supremo and West Bengal Chief Minister Mamata Banerjee's ongoing dharna at Metro Channel, Babul said, "There was no need to sit on a dharna. It is a political narrative of TMC to prepare a plan against the BJP and then follow it. Mamata is just trying to create a constitutional crisis in the state."

The desperation & fear of the TMC & @MamataOfficial are clearly visible in this decision.The state govt is trying 2 block every programme of BJP,be it a rally, yatra or the landing of @myogiadityanath Ji's chopper.This shows the undemocratic attitude of the govt. #MamataFearsBJP

"Rajiv has earlier headed the Special Investigation Team (SIT) and the CBI has the proof that he had tampered electronic and paper evidence in the chit fund scam. All papers state that Rajeev has been absconding and not cooperating with the CBI. The CBI has a right to conduct surprise raids because warrant may breach secrecy," he added.

The Union Minister earlier took the Twitter and wrote, "The desperation and fear of the TMC and Mamata Banerjee are clearly visible in this decision. The state government is trying to blocks every programme of BJP, be it a rally, yatra or the landing of Yogi Adityanath Ji`s chopper. This shows the undemocratic attitude of the government."

"President’s Rule should be imposed on West Bengal to control this ‘rogue’ TMC Govt under a corrupt CM Mamta Banerjee. This is a constitutional crisis ‘created’ by Mamata to shield her corrupt & tainted accomplices," Supriyo said in another tweet.

The BJP is also expected to hold a press conference on the issue today.

Meanwhile, a high-level delegation of the BJP will on Monday meet the Chief Election Commissioner Sunil Kumar Arora over the denial of permission by the West Bengal government to the landing of UP CM Yogi Adityanath's chopper and its objections to the rallies of Amit Shah and other BJP leaders.

A full-blown face-off between West Bengal government and the Centre erupted as a CBI team moved to arrest Rajiv Kumar, which in turn, were unceremoniously denied entry to Kolkata Police chief's residence and then detained.

Escalating her confrontation with the Centre, Mamata Banerjee started a sit-in on Sunday night to protest against what her Trinamool Congress party alleged a "coup" by the Narendra Modi government.

Extending support to Mamata, her party workers also staged a 'rail roko' protest in Rishra and Asansol over the ongoing issue.

CBI interim director M Nageshwar Rao has said that the CBI will approach the Supreme Court on Monday accusing the Bengal government of impeding the investigation of a court-ordered probe into the chit fund scams.

Rajeev Kumar, a 1989-batch IPS officer of West Bengal cadre was heading a SIT on the Saradha and Rose Valley scams.

The CBI wanted the top officer to hand over the seizure list made during his probe, sources said.

Reportedly, the top cop was to be questioned regarding missing documents and files but he is not responding to notices to appear before the agency.

Rajeev Kumar, according to media reports, became apprehensive of his arrest after Bengali film producer Shrikant Mohita was taken into custody.