Afghanistan crisis: Taliban blame US for chaos at Kabul airport as civilians escape for life

Taliban official Amir Khan Mutaqi said, "There is peace and calm all over the country, but there is chaos only at Kabul airport.” 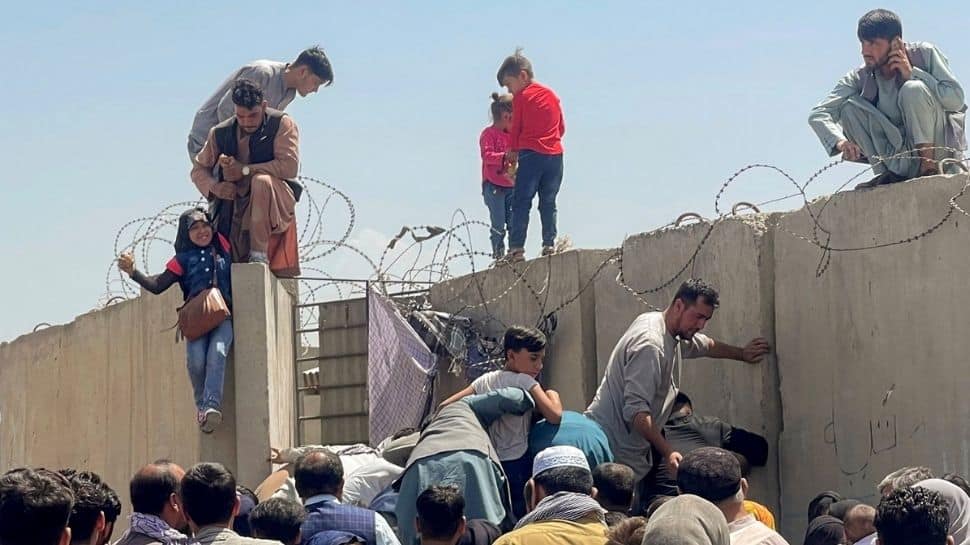 New Delhi: A Taliban official on Sunday (August 22) blamed the United States for chaos at the Hamid Karzai International Airport in Kabul as several people continue to make attempts to flee Afghanistan.

Taliban leader Amir Khan Mutaqi told AFP, “America, with all its power and facilities... has failed to bring order to the airport. There is peace and calm all over the country, but there is chaos only at Kabul airport.” Muttaqi was a higher education minister during the Taliban regime.

Earlier on Sunday, the British defence ministry said that around seven Afghan civilians lost their lives in the mayhem, as several people tried to flee the war-torn nation. Recounting the chaotic scenes at the Kabul airport, a journalist, who was among a group of fleeing media workers and academics, told AFP, “They were showing us their passports and shouting ‘take us with you... please take us with you’.”

“The Taliban fighter in the truck ahead of us had to shoot in the air to make them go away,” the journalist added.

Britain’s Sky News reporter Stuart Ramsay, who was also present at the airport on Sunday, said people were getting “crushed”, while others were “dehydrated and terrified.”

On Saturday, the US Embassy issued a new security warning asking its citizens not to travel to the Kabul airport without individual instruction from a US government representative. The Joe Biden administration which has been receiving intense criticism globally for deciding to pull out US forces from Afghanistan has set August 31 as the deadline to complete the evacuation process.

Since the Taliban took charge of Kabul and now former President Ashraf Ghani fled the nation, many visuals have come out which show people making desperate attempts to save themselves from the violent militant group. Countries have been evacuating their nationals as well as Afghan citizens from Afghanistan.