As COVID cases surge, many Sri Lankans are opting for cardboard coffins to cremate loved ones

As Sri Lanka's death toll from COVID-19 surges, cardboard coffins are being preferred by some in the country. They are far more cheaper and one does not have cut trees to make these coffins 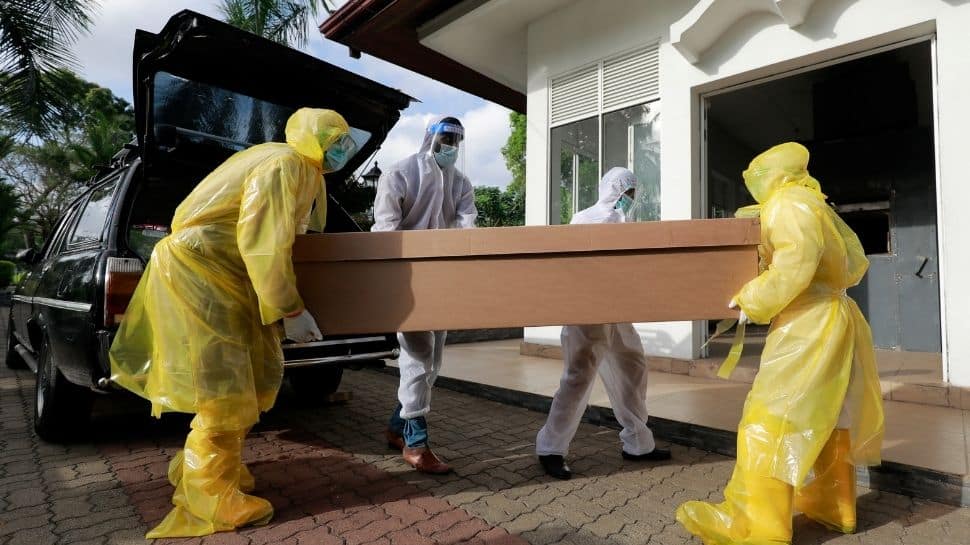 Colombo (Sri Lanka): At a factory in Sri Lanka's Dehiwala-Mount Lavinia city, workers use staples and glue to assemble long cardboard boxes which will be used as coffins for some the country's coronaviurs victims. The coffin is made out of recycled paper and costs a sixth of the cheapest wooden casket, according to 51-year old Priyantha Sahabandu, the local government official who first came up with the idea. As Sri Lanka's death toll from COVID-19 surges, some are opting for these cardboard coffins when they cremate their loved ones. The country recorded its highest daily death toll of 198 on Friday, with total fatalities reaching 7,560.

Currently, about 400 people die per day on average in Sri Lanka of various causes, including COVID-19, said Sahabandu, a member of the municipal council for Dehiwala-Mount Lavinia, a city in Colombo district. "To make 400 coffins, you have to cut some 250 to 300 trees. To prevent that environmental destruction I proposed this concept to the health committee of the council," he said. "With the spread of the coronavirus, people found it difficult to pay for expensive wooden coffins," he said.

Each coffin costs around 4,500 Sri Lankan rupees ($22.56), compared with 30,000 rupees for a cheap wooden coffin, Sahabandu said. It can hold up to 100 kilograms. The coffins were initially used mostly for COVID-19 victims, but have become more popular among those concerned about the environment. Some 350 cardboard coffins have been delivered since early 2020, and the factory is working on another 150 ordered by the council. "The majority of the people in the country support this. The issue today is supplying it. We are working on that," Sahabandu said.

President Gotabaya Rajapaksa announced a total lockdown on August 20 for ten days to curb a renewed surge in COVID-19 cases driven by the spread of the highly transmissible Delta variant.