Sri Lanka is presently facing a rising wave of Covid-19 infections, suspected to be caused by the Delta variant. 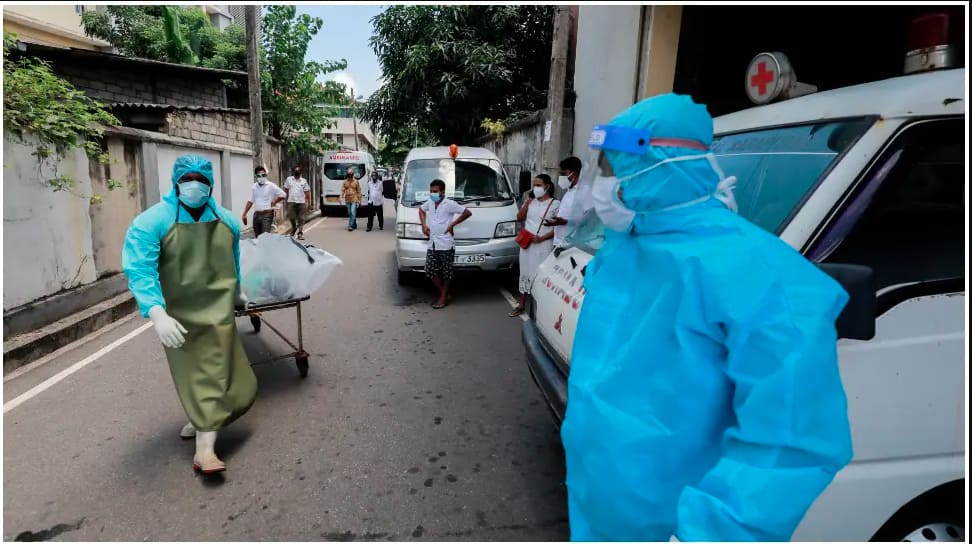 Colombo: Sri Lanka's medical experts on Monday said the Delta variant of the Covid-19 which is spreading across the country has acquired four mutations due to the high transmission rate but did not have any effect on vaccine efficacy.

Head of the Department of Immunology and Molecular Sciences of the Sri Jayawardenapura University, Professor Neelika Malavige said while the four mutations were found following gene sequencing, there was no urge to panic until the implications of the mutations were established, reports Xinhua news agency.

"One of the Delta mutations (A-222V) is seen in many countries, another (A-1078S) is found in Sri Lanka and Malaysia, while the other two (A-701S and R-24C) are only found in Sri Lanka. These are just mutations in the virus and that does not make these viruses new variants," Malavige was quoted by a local newspaper as saying.

"We had identified many other mutations in the previous Alpha variant and in our variant of the Sri Lankan lineage (responsible for the second wave), which were of no significance. Therefore, although some of the Delta variant viruses seen in Sri Lanka might have certain unique mutations, there is no reason to be alarmed," Malavige added.

Malavige said that these mutations were highly unlikely to have any effect on vaccine efficacy and requested people to get vaccinated against Covid-19.

Sri Lanka is presently facing a rising wave of Covid-19 infections, suspected to be caused by the Delta variant with authorities declaring a nationwide quarantine curfew since August 20 which will be lifted on August 30.

Hospitals are exhausted with rising admissions while oxygen dependency has also risen among the patients.