The double standards of the Xi Jinping's Chinese Communist Party (CCP) have been exposed. 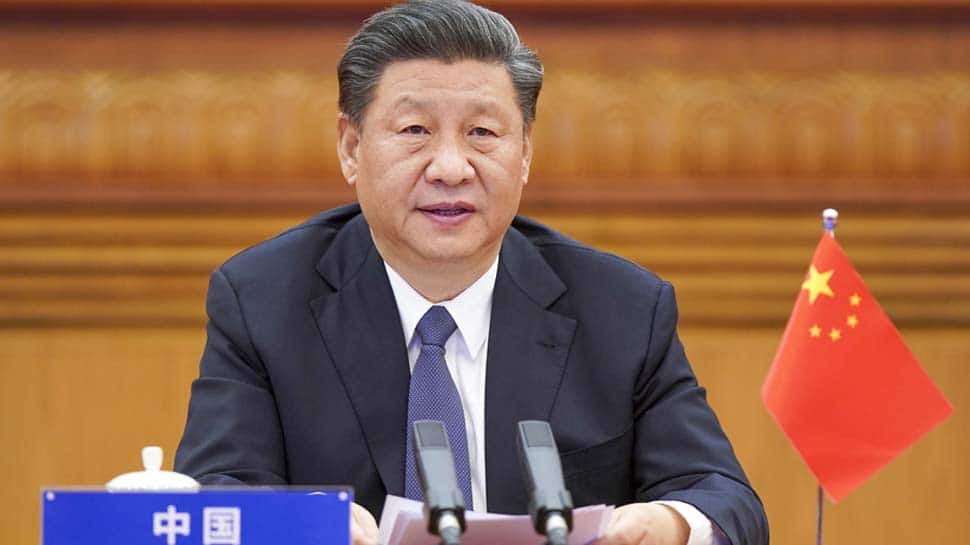 In a shocking development, the double standards of the Chinese Communist Party (CCP) led by Xi Jinping have been exposed by numerous testimonies and revelations by the CCP officials and members highlighting the stark difference between principles and actions.

The CCP has remained in power in China ever since the Mao Zedong-led party founded the People's Republic in 1949. Over this long period of time, it has refused to evolve and reform itself for fear of losing its grip over the power. The CCP, over the years, has remained ever steadfast in its grip to the power that any attempt at legitimate criticism is seen as a threat to its rule.

In one of the recent testimonies, Cai Xia, a life-long member of the CCP and a frontline cadre of the party revealed how her once unshakable faith in the party ideology was eventually converted into creeping doubts.

She revealed that after years of watching the party failing to transform even after Mao Zedong, she finally lost faith in its ideology. Xia states that constitutional democracy is ultimately the only way for China to move forward.

In her testimony published in Foreign Affairs, Xia states that it was well past time that China needed to open up its political system and that after decades of stagnation. Initially, she looked at Xi Jinping as the man who would have the iron will to bring in the required reforms. But unfortunately, her hopes were once again dashed when Jinping did not turn out to be the force of reform that she hoped he would be.

As per Xia, under the leadership of Jinping, the CCP government has fallen further into the regime's old habits and appears to be determined to use brutality and ruthlessness to hold on to that power. A personality cult has developed around Xi Jinping and China under him has further transformed into a repressive regime that has been the author of countless tragedies over the years.

Xia in her writings also highlights how when her faith in the party ideology was challenged. She began criticizing the party to her friends and colleagues, which ultimately brought her under the scrutiny of party officials until China, her home, no longer became safe for her.

She further revealed that through the course of her academic career, through her lectures, and interaction with Colleagues and party officials, she realized that the ideology that was being promoted by CCP was just Propaganda meant to keep the party in power and it has entirely become a hollow ideology. In her testimony, she reveals that she had begun to feel and disgusted with the ‘superficial methods of the party's publicity apparatus and that the multitude of ideas that were promoted by the CCP was merely serving tools that were meant to deceive the Chinese people’.

The Chinese Communist Party, since the time of Mao Zedong, has relied on three main pillars, or the three Ps, in order to maintain its iron grip on China. These are control of personnel, propaganda, and the People's Liberation  Army. The majority of the CCP’s  90 million members are men and farmers, herdsmen, and fishermen.

As soon as Xi Jinping came to power in 2012, the CCP began to claim that he was the most influential leader for the party who in the post-Mao Zedong era. In her article, Xia highlights that Chinese academia believes that Jinping ‘lacked basic knowledge’. Xi Jinping's reform plan delivered in 2013 also did not stir confidence as the plan purposefully avoided mentioning key issues on political reform.

China had long-standing problems with corruption, excessive debt, and unprofitable state enterprises which were not addressed by him. Xi Jinping’s plans to ‘reform’ China called for intensified surveillance and a ban on any discussion on constitutional democracy, as well as topics that the party did not approve of.

At this juncture, Xia realized that CCP was never likely to bring about major reforms to the way politics was conducted in China and that since CCP had come to power via violence in 1949, it had a monopoly over power in China. Similar to the crackdown of protesters at Tiananmen Square, the CCP has always taken a hostile outlook towards demands for social and economic justice and views them as a threat to its power. The CCP in its mad need to hold on to that power has begun promoting an ideology that only served a self-interested dictatorship.

Xia further believes that Jinping has managed to take China from stagnation into a period of regression. She also revealed that during all the years when she served as a party member, she had not violated a single rule. However, since April 2016, she began being threatened with disciplinary punishments and much more for her criticism of Xi Jinping and the CCP. In 2016, Jinping announced that the free inquiry that had begun to take place at the Central Party School was going too far - a place where Cai Xia taught.

This was indeed an excuse to detain Cai Xia. In the summer of 2019, she was able to travel to the United States on a tourist visa. While in the US, her colleagues informed her that her continued criticism of the party had finally gone too far and that officials were accusing her of ‘anti-China’ activities. Xia has said that Chinese officials also made veiled threats against her daughter in China and her young son and that is when she realized that there was no going back to her country.

In 2018, in a true dictatorial fashion, Xi Jinping pushed through an amendment to China's constitution that abolished the term limits for China’s president. This change implies that Jinping can remain In power officially past 2022. In recent decades, several global events and a series of internal strife have put the CCP’s control over China to the test.

The lack of accountability has also compounded the grievances of the Chinese people. The internet has eroded some of CCP’s control in China has brought many issues such as income inequality, lack of consumer protection, land grabs, human rights, food safety, and environmental issues to the limelight.

Xia is not the only open critic of the CCP and Xi Jinping to be expelled from the party. Recently, the former chairman of a real estate company that was owned by China, Ren Zhigiang, was expelled from the CCP for publicly criticizing Jinping and his administration's poor handling of the COVID-19  pandemic.

Ren has been absent from public life after her article got published. As soon as Ren’s views came out in public, the CCP announced that Ren will be charged with corruption charges. He was well known for speaking up about excessive state censorship by the Chinese government and other sensitive issues.

Cai Xia was born into a Communist military family and from a young age, she possessed an unshakable faith in the CCP and its ideology. But over the years, as her understanding and knowledge grew, she began to realize that the party and China desperately needed democratic reforms. She came to realise that CCP’s stubborn grip over power had stagnated the country and under the leadership of Xi Jinping, China has even intensified the pre-existing regression.

After her exposure to academia and her experiences with the CCP, Xia became vocal in her criticism and turned into a staunch critic of Jinping and company. For all her dedication towards party's ideology and her lifetime efforts, Cai Xia was awarded expulsion from the party and lost her post as a professor at the Central Party School for ‘speeches and works that damaged the reputation of the country’.