It appears that creating disputes in its neighbourhood helps China to satisfy its insecurities arising out of the increasing public dissents on its domestic fronts on account of failing income, rising unemployment among other things. 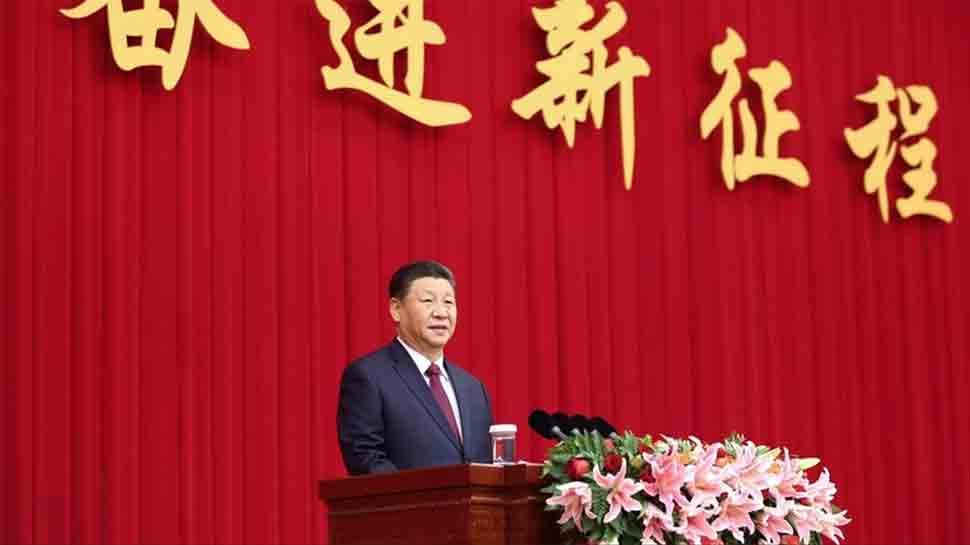 BEIJING: China is known for creating border disputes with its neighbours with every possible means it can. Unilaterally renaming the territories in Chinese, even where it has absolutely no claim, is perhaps one of the oldest tricks in the sleeves of China for creating pseudo disputes in its neighbourhood. Such efforts have intensified under the rule of the expansionist President Xi Jinping. Over the past few years, it has renamed around 80 sea-bed islands and reefs in the South China Sea.

China's Ministry of Civil Affairs on December 23, 2020 reported the name-game played by it in Arunachal Pradesh in 2017 as an important achievement of Xi Jinping’s administration during the 13th Five Year Plan (2016-2020). China’s state-run Global Times tabloid reported on April 18,2017 that the Civil Affairs Ministry had “standardized in Chinese characters, Tibetan (dialect) and Roman alphabet, the names of six places in ‘South Tibet’, which India calls ‘Arunachal Pradesh’, in accordance with the regulations of the State Council”.

Renaming these places revealed China’s insecurity over not acceptability of its false claim in India's North-Eastern state but also over Tibet. The Dalai Lama's recognition of Arunachal Pradesh as part of India in 2008 and his subsequent visits to the area in 2009 and 2017 fuelled China’s insecurities. China’s anxiety further rose after the US Congress passed (December 21,2020) the Tibetan Policy and support Act. China is apprehensive that clauses relating to Tibet, Taiwan, Hong Kong and Xinjiang in the US Tibet Policy and Support Act would go against China. It also felt uneasy over mention of the conflict between China and the ‘Dalai clique’ as an ethnic, religious and human rights issue.

Moreover, referring to it as an important achievement, that too on a timeline of five years, specifies the degree of China's insecurity. However, announcing it as an achievement amid the Indo-China standoff on the borders indicates that China would continue to make efforts to destabilize India’s North-east with such dirty tricks.

The Chinese Ministry has also mentioned in its report that the move of renaming places was meant to strengthen the position of the Chinese government on its boundary disputes. Had it a dispute with one or two countries over border issues, one could think of trying to understand China’s point of view, but it has boundary disputes with its almost every neighbouring country; be it Russia, Mongolia, Afghanistan, Tajikistan, Kazakhstan, Kyrgyzstan, North Korea, South Korea, Bhutan, Nepal or India. More importantly, these disputes have been instigated by China, by unduly claiming over lands of the sovereign nations. Similarly, it has also self-instigated maritime disputes in every other country in the South China Sea including with Japan, Philippines, Vietnam, Taiwan, Malaysia, Indonesia, etc.

This is obvious that such baseless disputes are not going to fetch any land to expansionist China. However, it appears that creating disputes in its neighbourhood helps China to satisfy its insecurities arising out of the increasing public dissents on its domestic fronts on account of failing income, rising unemployment, the emergence of a new luxury-inspiring generation that is unwilling to do blue-collared jobs and other socio-economic issues. It never resorts to resolving the domestic discontents through reasons and rather uses brute force to suppress them. China now appears to have found its solace in creating disputes outsides its boundary rather than resolving those arising within its periphery .It is truly said , "One can give only what it has." China has conflicts within its boundaries and this is why it keeps inflicting disputes everywhere.