Xi will be in North Korea for two days, becoming the first Chinese leader to visit the reclusive country in 14 years, and could bring fresh support measures for its floundering, sanctions-bound economy. 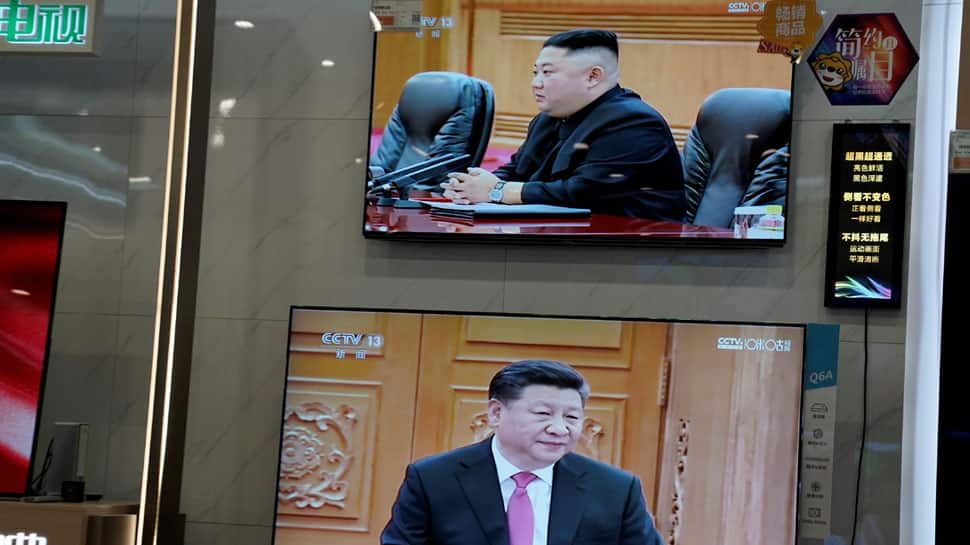 BEIJING: Chinese President Xi Jinping arrived in Pyongyang on Thursday accompanied by a clutch of senior officials, including the head of the state economic planner, as Beijing looks to bolster North Korea and perhaps jumpstart stalled talks with Washington. Xi will be in North Korea for two days, becoming the first Chinese leader to visit the reclusive country in 14 years, and could bring fresh support measures for its floundering, sanctions-bound economy.

Neighbour China is the North`s only major ally, and the visit comes amid renewed tension on the Korean peninsula as the United States seeks to persuade Pyongyang to give up its nuclear weapons. "Comrade Xi Jinping is visiting...in the face of crucial and grave tasks due to complex international relations, which clearly shows the Chinese party and the government place high significance on the friendship," the North`s official Rodong Sinmun newspaper said.

The trip highlights two-way ties that "never waver despite any headwinds," and strengthens "blood ties" between the two peoples, it added in a frontpage commentary. Xi is expected to hold summits with North Korean leader Kim Jong Un and pay tribute at the Friendship Tower, which commemorates Chinese troops who fought together with North Koreans during the 1950-53 Korean War.

Xi and Kim will meet just a week before a G20 summit in Osaka where Xi and US President Donald Trump are due to meet in a bid to reset ties poisoned by a bitter trade dispute. The timing of Xi`s visit to North Korea was no accident, said Li Zhonglin, a North Korea expert at China`s Yanbian University.

China could be hoping to play a role in coaxing the North and the United States to resume talks after this year`s failed Kim-Trump summit in Hanoi, he added. "President Xi`s visit to North Korea can play a positive role in bringing about a third US-North Korea summit," Li said. "China wants a breakthrough."

Kim has already visited Xi in China four times since last year, and China has praised North Korea and the United States for trying to resolve their issues through dialogue rather than threats of force or military posturing. While China has signed up to United Nations sanctions for the North`s repeated nuclear and missile tests, saying it is enforcing them fully, despite some US doubts, it has suggested sanctions relief for the country.

China, engaged in a bitter trade war with the United States, has also defended its "normal" trade and business ties with North Korea. This week, in a rare honour, afforded a foreign leader, Xi wrote in the Rodong Sinmun that China supported North Korea`s "correct direction" in politically resolving issues on the Korean peninsula.

China has also suggested the tough sanctions on the North could be eased if it abides by UN resolutions. With fuel imports limited and most major exports banned, the international sanctions appear to be hurting the North`s economy. State media say the drought has hit North Korea, with international aid groups reporting food production has dropped dramatically amid poor harvests.