On this App, the citizens will not only have to upload information about the COVID-19 infection but also about their lifestyle. 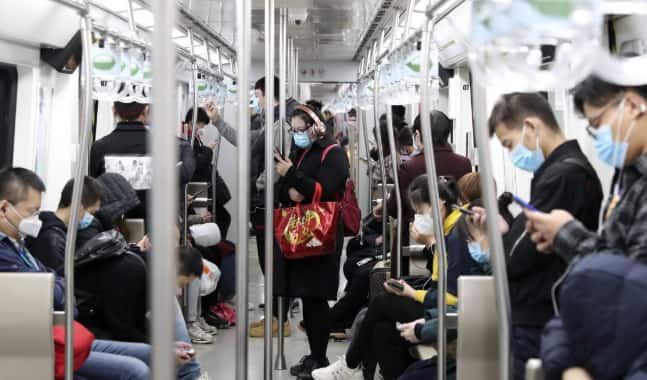 New Delhi: Even as China has of late earned ignominy for infiltrating into the territories of other countries, it has not spared the privacy of its own citizens as the Communist nation wants to keep an overall control over them. For this, it has launched an experiment in Hangzhou city on the pretext of monitoring the health of citizens.

A mobile phone application has been launched to seek information about COVID-19 infection and the plan includes getting health information of one crore citizens of the city. Under this plan, all citizens will be asked to upload their health information on this Health App, and then their health score will be released based. The scores will be of a maximum of 100 marks and it will be based on the medical records of the citizens.

The citizens will not only have to upload information about the COVID-19 infection but also about their lifestyle. For example, if a person smokes cigarettes or drinks alcohol, he will also have to give this information, besides how many steps he has taken in a day.

Based on this information, citizens will be issued a QR CODE which will be scanned when they made any trips, visited the office, or availed of any other service. As soon as the QR Code is scanned, your information related to health will be available and that will decide your Health Score get any of these services or not.

In all the provinces of China, these applications are currently being used and people are given green, red, or yellow codes. Those who have a green code on their app are allowed to go anywhere, while those with yellow and red colour codes are prohibited and asked to stay in-home quarantine.

In India, the Arogya Setu App is being used but the app used in China keeps an eye on its citizens. However, the Health App being made for Hangzhou will get all the data from its residents so that every person with this app can be tracked all the times. According to reports published in the Chinese media, the government can also get information about citizens' bank accounts with the help of this App.

Currently, 100 crore people are using these QR Codes in China, and people have used codes nearly 900 million times since February. China seems to be dividing its citizens into two categories through mobile phone applications, QR codes, and health apps.

This experiment reminds us of the Yellow Fever era in America when a virus had spread in many states about 227 years ago, taking the lives of thousands of people. As the economy of several states of America was ruined, a new system was evolved in Louisiana, where people were divided into two classes in 1853.

One category included those who had suffered from this disease and had recovered, while the second category belonged to those who were at risk of infection. Those who had developed immunity against this virus were allowed to work and to get married but the rest were not.

The same thing is happening in China now. The Communist Party in China in its annual meeting has reportedly suggested that only those people with a health certificate should be allowed to have a child so that no disease spreads from parents to children.

As the QR Codes would comprise all the information about citizens, China is planning to issue the Health Score of the residents of Hangzhou city. This way, the administration will monitor every activity of the citizens.

Similar versions of this mobile phone applications are also being used throughout China to prevent COVID-19, but the Hangzhou model has been planned in collaboration with Chinese tech firm Ali Baba.

The Hangzhou administration opines that this Health App, designed by Chinese companies like Ali Baba and Tencent, will act as a firewall for the residents and through it, the health and immunity of the people will be improved.

In the name of containing the COVID-19 pandemic, China has developed the world's largest surveillance system.

China would declare the health score of its citizens like the CIBIL Score is issued in India. Notably, the information related to the CIBIL score is stored with Credit Information Bureau India Limited, and this score is seen by banks prior to giving any credit card or loan.

Similarly, the Health Score in China will form the basis of many important things, but how will this Health Passport or Health Certificate work in the future is yet to be formalised.