Coronavirus has spread its tentacles on the world's highest peaks, infecting several climbers. 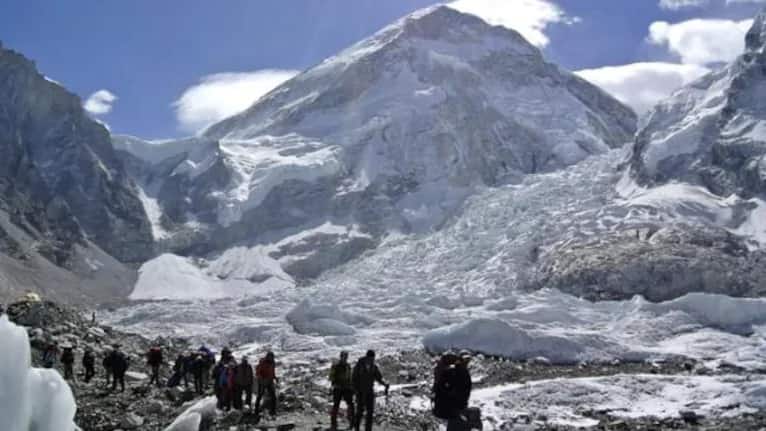 New Delhi: Coronavirus has spread its tentacles on the world's highest peaks, infecting several climbers. The deadly virus has struck climbers on the world's seventh-highest peak, Dhaulagiri, which is located 345 kilometers (214 miles) west of Everest, according to a CNN report.

The report quoting the chairperson of tour operator Seven Summits Trek Mingma Sherpa said that at least 19 people have been evacuated from the camps of the mountain, out of which seven were tested positive, while 12 others were scheduled to take a test after showing symptoms.

The Norwegian climber was reportedly infected with COVID-19 on Mount Everest in late April. According to Polish climber Pawel Michalski's Facebook post, as many as 30 people infected on Everest, have been evacuated from base camp as they were tested positive.

The COVID-19, which has infected over 156 million and killed over 3 million people around the world, according to the website Worldometers, forced China to cancel permits to the world's highest peak in March last year in the wake of the coronavirus pandemic.

Since the mountain nation generates a large part of its revenue from the tourism sector, many Nepalis depend on climbing for their livelihoods. This year's permits had given a ray of hope to numerous local guides, sherpas, and chefs, but the second surge has played a spoilsport.

Nepal has made it mandatory for everyone arriving in the country through charter or under the air bubble scheme to mandatorily undergo 10 days quarantine in hotels. All travelers will have to produce a negative polymerase chain reaction test (RT-PCR) result done within 72 hours prior to departure for entry into Nepal.

Paused for a year in 2020, Nepal this year has issued record-high permits to scale Mount Everest. As per the data of the Department of Tourism that oversees and grants permits for expeditions, a total of 408 members, including 93 women, from 43 teams have received permission for Mt Everest.