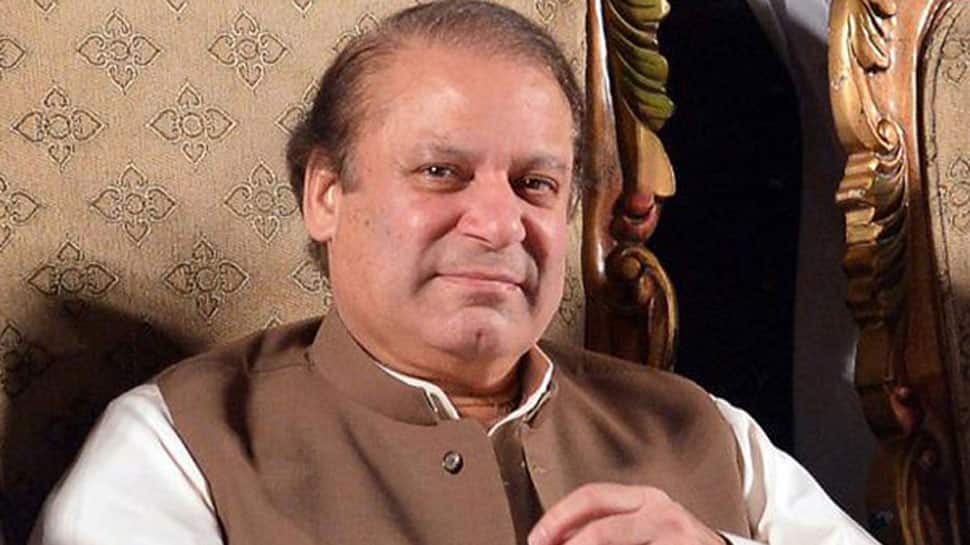 LAHORE: Former prime minister Nawaz Sharif left Pakistan on Tuesday in an air ambulance to seek medical treatment in London, his party said, a month after the three-time premier was released on bail from a seven-year prison sentence for corruption.

Sharif, 69, was accompanied by his younger brother and personal physician, leaders of his Pakistan Muslim League (Nawaz) Party said. Despite the convictions for corruption, Sharif remains popular among many Pakistanis, and his health has dominated newspaper front pages and TV channels in recent weeks.

"Thank God that he has left for the medical treatment he needs urgently," Ahsan Iqbal, a senior PML-N lawmaker, said. "Nawaz Sharif will go to Boston after going through a detailed checkup in London. During his travel, he will stay in Doha for two hours," Sharif`s close aide Pervaiz Rashid told Reuters.

Until recently, Sharif has consistently said he had no wish to leave the country, preferring to stay and fight for his political survival. Sharif`s third term as prime minister ran from 2013 to 2017, when he was removed the Supreme Court amid revelations over his personal wealth.

Subsequently convicted of corruption, Sharif has consistently denied the accusations, claiming they were politically motivated and blaming the country`s generals for directing the judges to bring him down. The military denies interfering in politics.

On October 25, Sharif was granted bail and he obtained court clearance to leave the country for medical treatment. Prime Minister Imran Khan, who enjoys military backing, came to power promising an anti-graft campaign and to bring back billions of dollars allegedly squirreled abroad by corrupt politicians.

Another main opposition leader Asif Ali Zardari, former president and spouse of the late former Prime Minister Benazir Bhutto, is also under arrest on corruption charges, which he denies.

Sharif`s daughter Maryam Nawaz, who is his political heir, is also on bail in another alleged corruption inquiry and barred from traveling abroad.
Khan has said he was ready to let Sharif seek treatment on humanitarian grounds. But the court rejected Khan`s demand that Sharif provide an indemnity bond to give surety that he will return to continue his jail term.

"I hope he comes back, but I don`t expect that he will," Khan`s cabinet minister Fawad Chaudhry told a news conference. Court documents seen by Reuters showed Sharif was only allowed to leave for medical treatment after agreeing to a series of conditions preventing him seeking exile. Under the court`s terms, Sharif should return in four weeks if his doctors found him fit, and he is required submit medical reports notarized by Pakistan`s embassy in London.

Sharif has been a central figures in Pakistan`s turbulent politics for three decades, repeatedly clashing with the powerful military, most notably over his desire for better relations with India and over Islamist militant groups that the army allegedly uses as proxies to destabilise neighboring countries.

In 1999, Sharif was overthrown by a military coup that brought army chief General Pervez Musharraf to power. Sharif subsequently went into exile in Saudi Arabia, before returning to Pakistan in 2007 as Musharraf`s grip on power began to slip.